Many test personnel have recognized that random testing, while good, has short-comings when it comes to simulating the real-world environment. As a result, over the years, there have been many vibration testing method modifications to address these shortcomings.

I. Problem with Present-day random testing

In the automotive world, technicians often see that random tests do not find product faults that should show up when vibration testing. To make random testing more effective, they sometimes take the random spectrum and increase the level according to their own internal, home-cooked formula. The level may be increased so the random peak g levels match the real world.

II. A Solution for the Random Testing Problem

A better method of testing products than using the Gaussian distribution of data would be to adjust the distribution of data to more closely fit the real-life data. Such a method would result in the adjustment of kurtosis. The latest modification in random testing is a closed-loop method of Kurtosis Control, developed by Vibration Research Corporation. This method will permit the adjustment of the kurtosis levels while maintaining the same testing profile and spectrum attributes.

Kurtosis is a statistical term used to describe the relative distribution of data. Kurtosis is defined as the ratio of statistical moments. If you have the raw zero-mean waveform data, you can compute the kurtosis in the following manner:

If your data is not zero-mean, you can subtract off the mean prior to the above calculation. Therefore, true Gaussian data will have a kurtosis value of 3.

See Figures 1 and 2 for comparisons of kurtosis values of 3 and 7. Interestingly, both of the data sets k=3 and k=7 produce the exact same spectrum and rms energy. 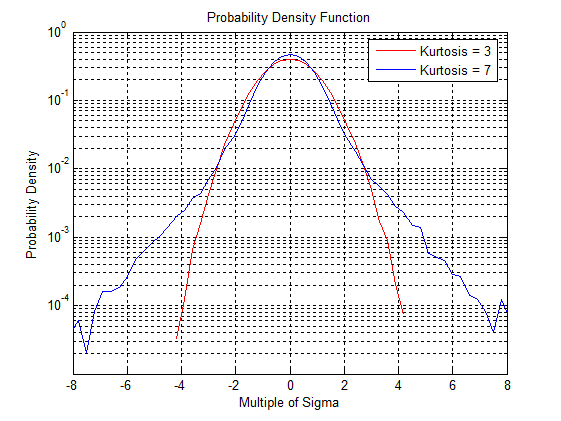 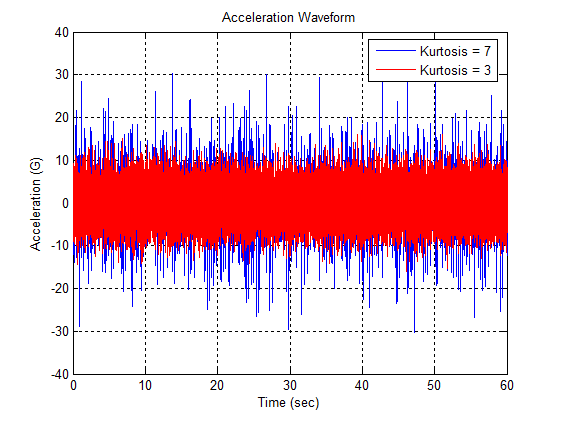 To demonstrate the main goals of this article, two main procedures were followed:

Procedure A: Demonstrating the variety of distributions in real-life measured data

A variety of real-world vibration scenarios were recorded. The kurtosis value of each test was measured. Accelerometers were mounted on various locations (windows, dashboards, armrests, steering column, PTO motor, loader frame, engine bracket, etc.). The goal of this exercise was to demonstrate the variety of distributions in real-life data.

Procedure B: Demonstrating that kurtosis distribution is more realistic and accurate than Gaussian distribution

Procedure A: Demonstrating the variety of distributions in real-life measured data

Procedure B: Demonstrating that kurtosis distribution is more realistic and accurate than Gaussian distribution 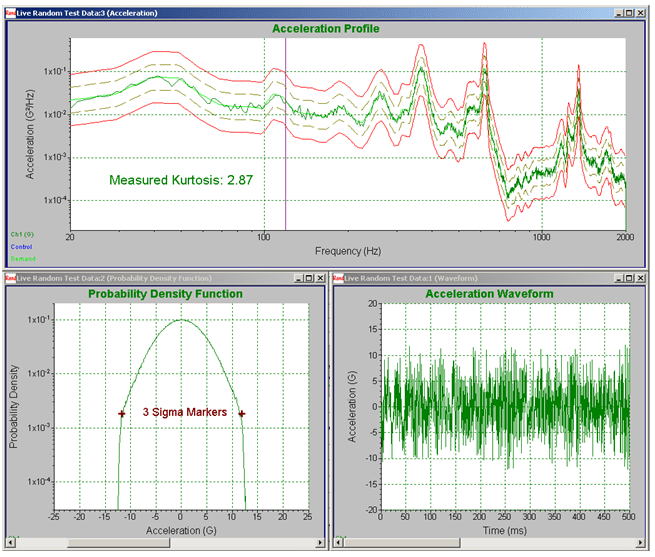 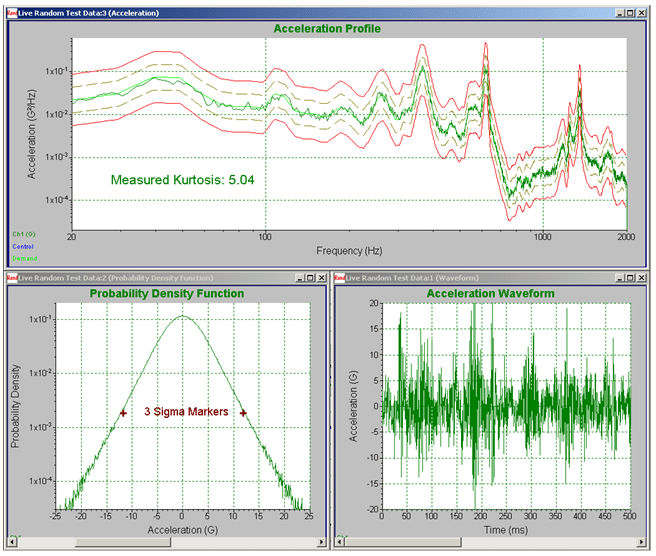 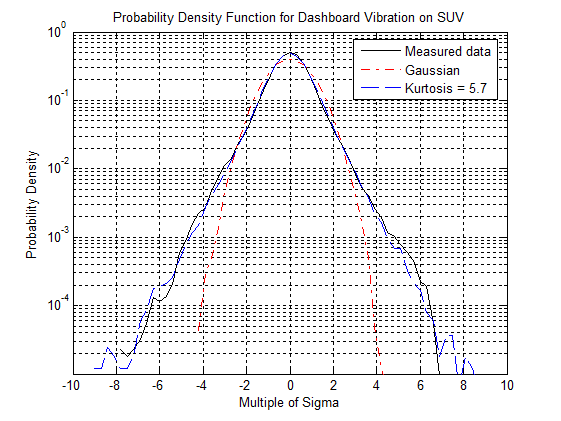 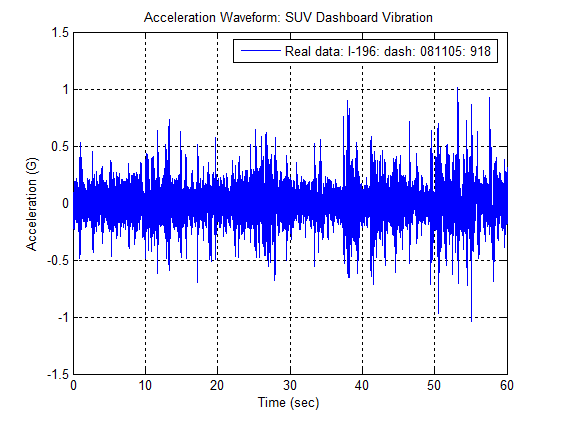 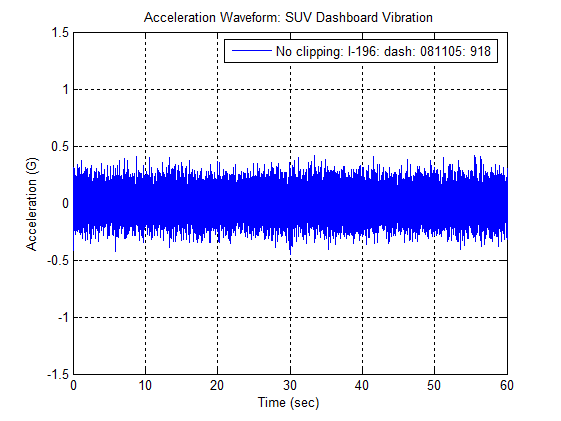 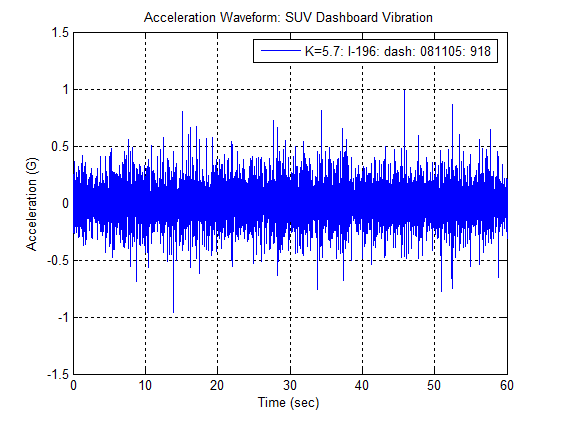 The following can be concluded from the results: