Random vibration testing is a tried and trusted means for subjecting assemblies and subsystems to vibration tests for design and operation qualification. Questions have, however, arisen lately about whether tests are meeting standards. MIL-STD-1540D (PDF) references MIL-HDBK-340A (PDF) where “Table III. Maximum Allowable Test Tolerances” (page 21) calls for a ± 1,5 dB tolerance from 20Hz to 1000Hz, with a maximum bandwidth of 10 Hz. So, are FFT lines “out of tolerance” on random vibration controllers cause for test failure? 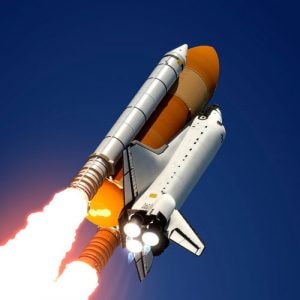 Commonly used control tests utilize about 800 FFT lines resulting in 2Hz bandwidth “bins”. Typically, 120 DOF is used – exceeding the required minimum of 100 – yet a few lines still pop up out of tolerance when running the test. Why is this?

Statistically, with a Gaussian random test, we will EXPECT some lines to be out of tolerance (as described in the paper “Statistical Properties of the Random PSD” by Philip Van Baren, Vibration Research Corporation. On average, for 120 DOF 0,199% of the PSD will be above +1,5dB, and 0,647% of the PSD will be below – 1,5dB. Thus we would expect more than 99% of the PSD to be within the ±1, 5dB tolerance limit. But we would also expect 0,846% of the PSD to be outside of the tolerance limit. With 800 lines, this means we should expect to see about 6 or 7 lines outside the specified tolerance band at any given time. Also, for 120 DOF the probability shows that only 0, 11% of the time will ALL lines be within a ± 1, 5 dB tolerance! Ironically, some control systems will consistently show all lines within tolerance for this test when using 120 DOF. The flip side of the statistics, however, tell us that if there are no lines outside the tolerance band, then either the data is not Gaussian, or the DOF is much greater than 120.

So, bearing this in mind, how can one possibly run a test to specs? The answer lies in the MIL specs themselves. The specifications state “NOTE: control bandwidths may be combined for tolerance evaluation purposes”. Thus to run a successful test, one can average 5 neighboring lines together to satisfy the tolerance, since in the case of 800 lines, the bandwidth is 2Hz, and 10 Hz maximum is allowed. This will always result in a successful test, provided control is on target.