Three Brothers and a Garage

Our story began in 1995 when John Van Baren recognized what was missing in the vibration testing industry. A graduate of University of Michigan Engineering School with an occupational background in test equipment, John foresaw the need for a vibration controller based on the newly flourishing Windows platform.

The world was transitioning from MSDOS to Windows, and most control systems remained MSDOS, Unix, or analog. PC processors weren’t powerful enough at the time to run a closed-loop control system, however, a DSP card could be inserted into a dedicated ISA slot on the PC to enable digital control. John designed a Windows-based control software interface christened “VibrationVIEW” and paired it with off-the-shelf Burr Brown hardware.

This hardware was state of the art at the time due to its powerful 18-bit floating-point DSP. DOS and Unix-based control were “clunky” and slow, and a team of writers was often required to extract data from the controller and build a suitable report. Creating a Windows-based platform was a major innovation at the time. It allowed integration of now-familiar tools like MS Word and MS Excel for viewing data and real-time graphs, and it enabled one engineer to quickly generate a report in MS Word. 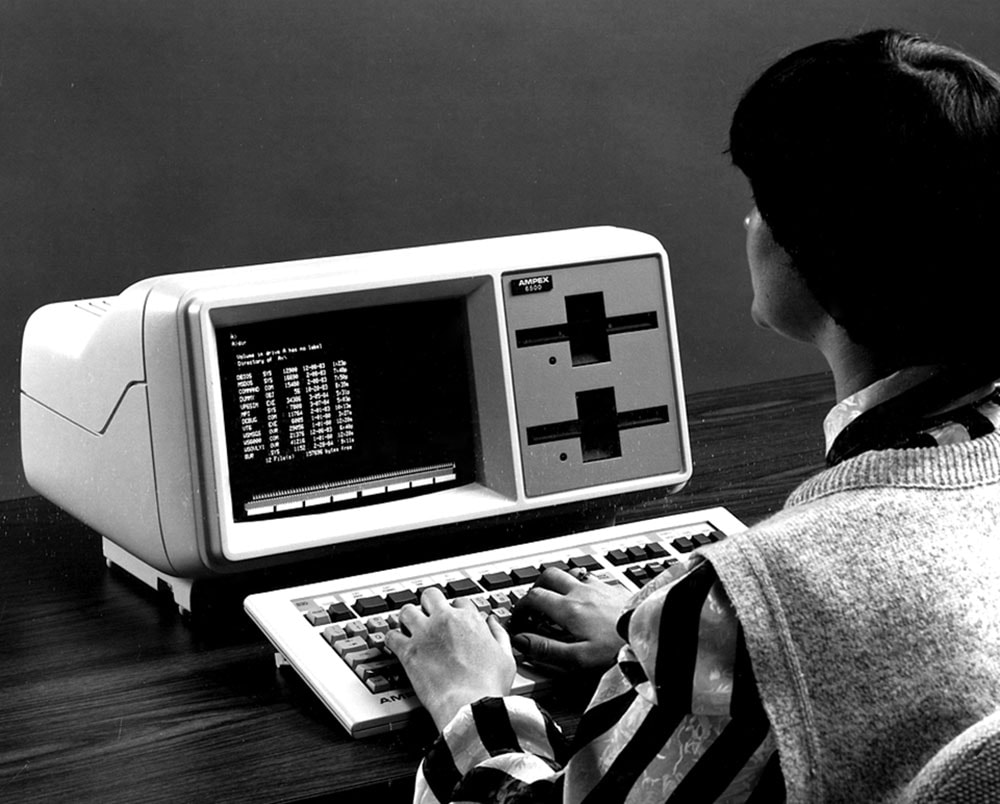 Building off this, John also was working on concepts for additional competitive advantages. VR was first to introduce to the market an innovative new software package, Field Data Replication, which could playback recorded waveforms on a shaker. It took a while for this new concept to gain traction, but after one or two customers started using it, the word spread, and the company started to grow.

The five-year goals were reached even quicker than expected, so John recruited two of his brothers, Phil and Dan, to design new software and hardware as technology advanced. Dan Van Baren, with a BSE from Calvin College, was writing software at another technology firm. Phil Van Baren was working on a Ph.D. at the University of Michigan in control systems and signal processing. Both embraced the vision of working together to create the most technologically advanced vibration test equipment.

Competitors began telling potential customers that, “Vibration Research was ‘just two brothers in a garage’ and they might not be around in a year or two if support issues arose.” John was quick to squelch those concerns by explaining, “It is actually three brothers, and it is a pretty big garage.” Full disclosure…there was never a garage, and VR actually started by renting a small space in a shared office building. 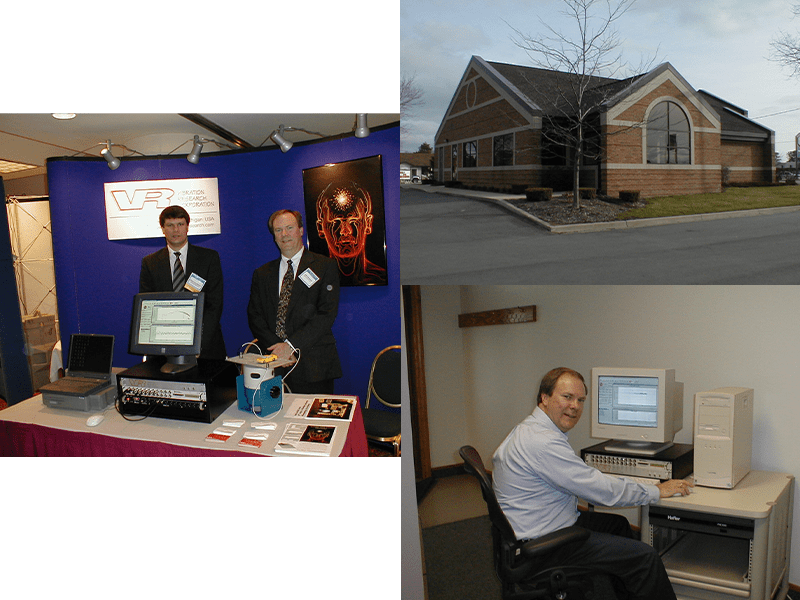 Inputs and outputs were now available for communicating with other test devices, and the new engineering team was eager to produce their own hardware platform for better safety and performance.

The VR7500 vibration controller hardware was developed to incorporate more safety circuits that could protect shakers and products during testing. It included quieter electronics, IEPE circuitry inside the unit, and a broader range of sample rates.

The company grew steadily in the 2000s with global sales, support, and new features and capabilities. VR moved into an 8,000 square foot facility to prepare for projected growth. 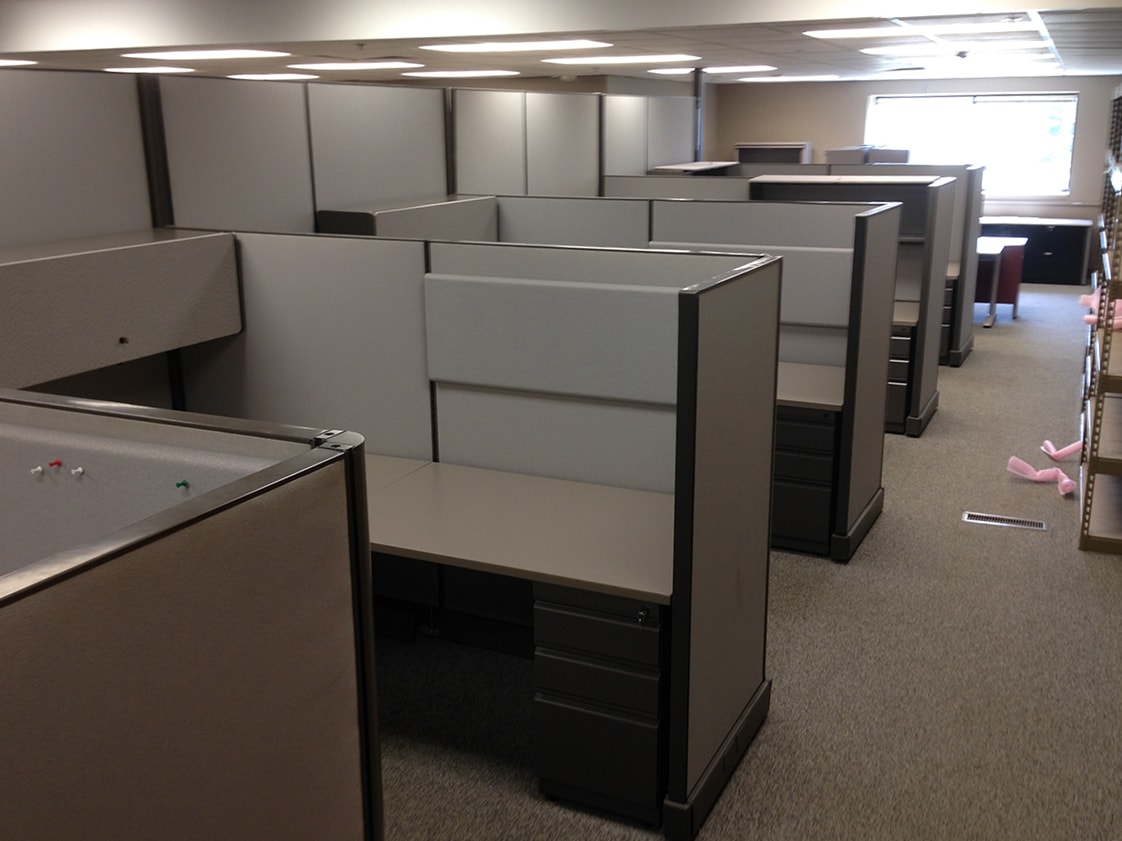 The VR8500 vibration controller was born with stackable modules of 4 inputs each, increased dynamic range for lower noise floor, 24-bit A/Ds and D/As, 13,000 lines of resolution for random testing, and much more.

The sales team had been receiving requests from customers for a “shock on random” package and passed that request on to the VR engineering team. One day, the chief engineer announced that he had mapped out the route to a solution by controlling the 4th statistical moment: kurtosis. Papers had been written about the kurtosis of real-world data, but nobody had successfully applied it to vibration control. By including this third test parameter, VR systems were able to control the amount of probability time the random test ran at higher amplitudes, enabling engineers to incorporate the high G peaks from the field into their random tests.

Thus, Kurtosion software was patented and introduced to the marketplace. It was another step in achieving the company’s vision of bridging the gap between laboratory testing and reality.

The VR9500 hardware was another strategic accomplishment from VR’s engineering team. Released in 2009, it contributed significantly to the next decade of growth.

In true “If You Give a Mouse a Cookie” fashion, the engineering team at VR had discussed re-spinning the VR8500 board to replace one part which would soon become obsolete. This led to talks about using new A/Ds, incorporating the increasingly more common FPGA, new D/As, new op amps, extra layers to further reduce noise floor, and so on. 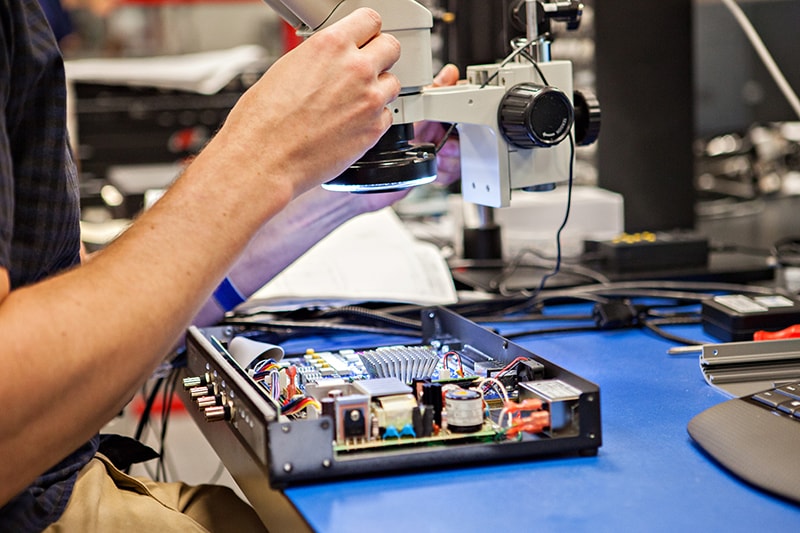 Customers wanted to use their own recorded data but they were seeking ways to accelerate tests. For years, the industry used different techniques, including rainflow analysis, to estimate a life-dose of fatigue in a product.

VR’s chief engineer considered Miner’s rule of damage: fatigue damage will accumulate over time until it reaches a level that causes deformation of the product. With the exception of sharply exceeding the instantaneous stress point of a product (i.e.: applying a shock), this is regardless of the rate of damage. The team wrote and improved the speed of algorithms utilizing rainflow analysis, which would not only calculate the fatigue damage of a product but also convert this data into a random test with an equivalent amount of fatigue damage at each frequency bin – in essence, a fatigue damage spectrum.

Using FDS and an S/N (material property) curve, engineers can now import multiple files of recorded data and determine with accuracy which G levels are appropriate for their test, and how much time the test should be run at the chosen G level(s) in order to simulate a life-dose of fatigue damage.

VR outgrew its existing 8,000sq ft office space and knew it was only going to continue the upward trend. They purchased and renovated a much larger facility with dedicated space for a lab, a 2-bay warehouse, an education room, and plenty of room to keep adding desks. Already well established in the US and several global markets as the premier vibration control system, this larger space allowed VR to add more employees as it continued to meet the demand of a multitude of industries. 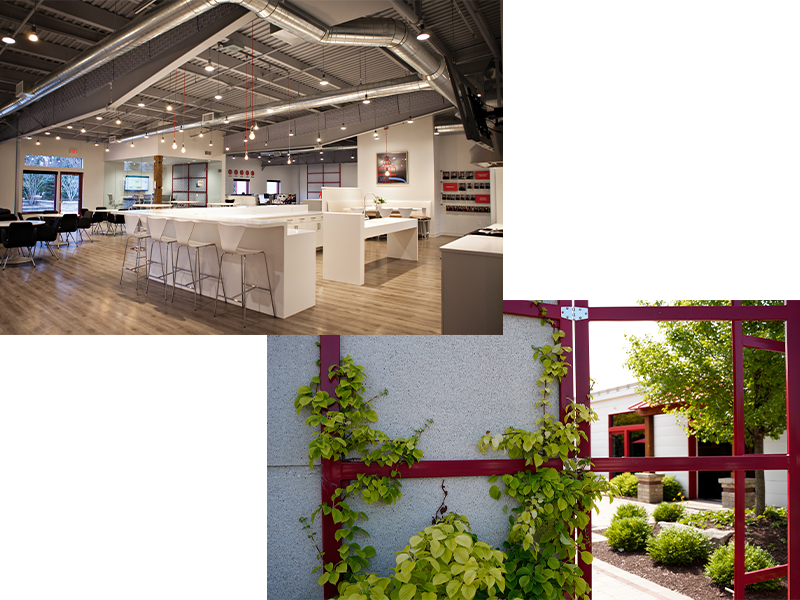 VR introduced its fourth innovation, Instant Degrees of Freedom® (iDOF). It was the culmination of years of frustration for both test engineers and sales personnel.

Due to their random and statistical nature, controllers that perform random vibration tests are subject to the limits of physics. Engineers typically run a random vibration test at low acceleration (G) levels to examine the product response before running the full level test. During startup, the PSD plot displays spectral lines out of tolerance until it can gradually come into focus when it meets the defined degrees of freedom (DOF).

However, customers and management did not always understand these intricacies. They would not accept a test report that displayed lines out of tolerance during startup, even though they accurately represented the product’s environment.

VR learned that competitors were circumventing the constraints of physics by multiplying low and full-level data until enough full-level data was available. The test would not have to restart the averaging process, and, as the plot was already in focus, the transition would retain a smooth display.

VR’s chief engineer did not accept this method as legitimate. He argued that the integrity of data should not be sacrificed for the sake of appealing results, and a simple multiplication is inaccurate.

Sales personnel and test engineers had to educate the recipients of test reports on the control methods and foundational aspects of random vibration to explain the initial graphs. That is until VR introduced iDOF to the industry.

The iDOF algorithm instantly estimates the random vibration test as if it has (up to) an infinite DOF setting. It provides an instant estimation of the random PSD, allowing spectral lines to immediately come into tolerance with accurate projections based on actual level test data.

iDOF displays resonance shifts that cause an out-of-limit condition, so product resonances are not hidden from the test engineer. Furthermore, iDOF enhanced random vibration testing by accurately providing the smoothest control lines in the industry.

With an understanding of the challenges of data recording, VR sought to improve its position in the data acquisition market. The ObserVR1000 represented a new generation of technology for field data recording and analysis. Its compact and battery-powered design was designed for mobile use, and an integrated software (VR Mobile) offered wireless remote or autonomous control. VR’s redefined presence in the market also provided a twist: the hardware doubled as a vibration controller. 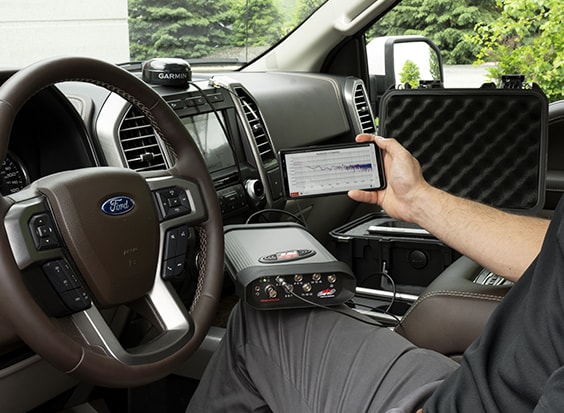 This innovation stemmed from a customer request. They sought to generate a sine-on-random test reflective of an engine environment but experienced frustration with the available software. They found the SoR test development process time-consuming and susceptible to errors during data entry.

In response VR developed, STAG, a test tool that generates Sine on Random tests reflective of environments with dominant rotational tones that are rendered as sine tones on a shaker table.

The pleased customer had this to say about our latest innovation: “With the STAG tool, our team was able to develop sine tone profiles for the sinusoidal components and then export the random content to VibrationVIEW to employ FDS. The other commercially available package was expensive and time-consuming while STAG processed the data in a fraction of the time and with greater accuracy.”

The VR9500 remained the best in its class, but VR recognized a demand for a higher-channel count system, especially in industries such as aerospace and seismic. The VR10500 vibration controller broadened the Vibration Research platform as a high-powered option for advanced vibration testing. Expanding upon the functionality of the VR9500, VR released the VR10500 for high-channel-count vibration control and dynamic signal analysis.

VR released this new control hardware to provide customers with new testing opportunities. The VR10500 was designed to coordinate with high-channel-count and multi-shaker systems. It is an advanced hardware system for complex applications.

The VR10500 was not a replacement for the VR9500, however, new advancements were made to the next generation. The controller is more powerful, has more input channels and drive outputs, and includes unique features that will continue to set VR apart from the competition.

Don’t worry, we know that 2021 is actually our 26th year in business but no one wanted to celebrate anything during a pandemic (and no one needs to be reminded of the limitations of 2020). That said, we definitely think it is important to acknowledge a milestone as big as 25 years! Plus…there are a LOT of reasons to celebrate in 2021 and the VR family is happy to be back together in the office working harder than ever! So join us as we count our blessings, toot our horn a little, and (most likely) throw a big party!