VR designed the following experiments to illustrate the usefulness of notching. The engineer used a shaker to vibrate a lawnmower blade and placed accelerometers on the shaker head and the end of the blade (Figure 1). They ran four tests on the system.

For each test, the engineer ran a modified NAVMAT profile that ramped up from -20 dB to full level. They varied the control of each test.

Finally, they ran a test on the shaker head alone to view the effect of notching on a control channel. 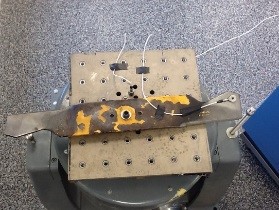 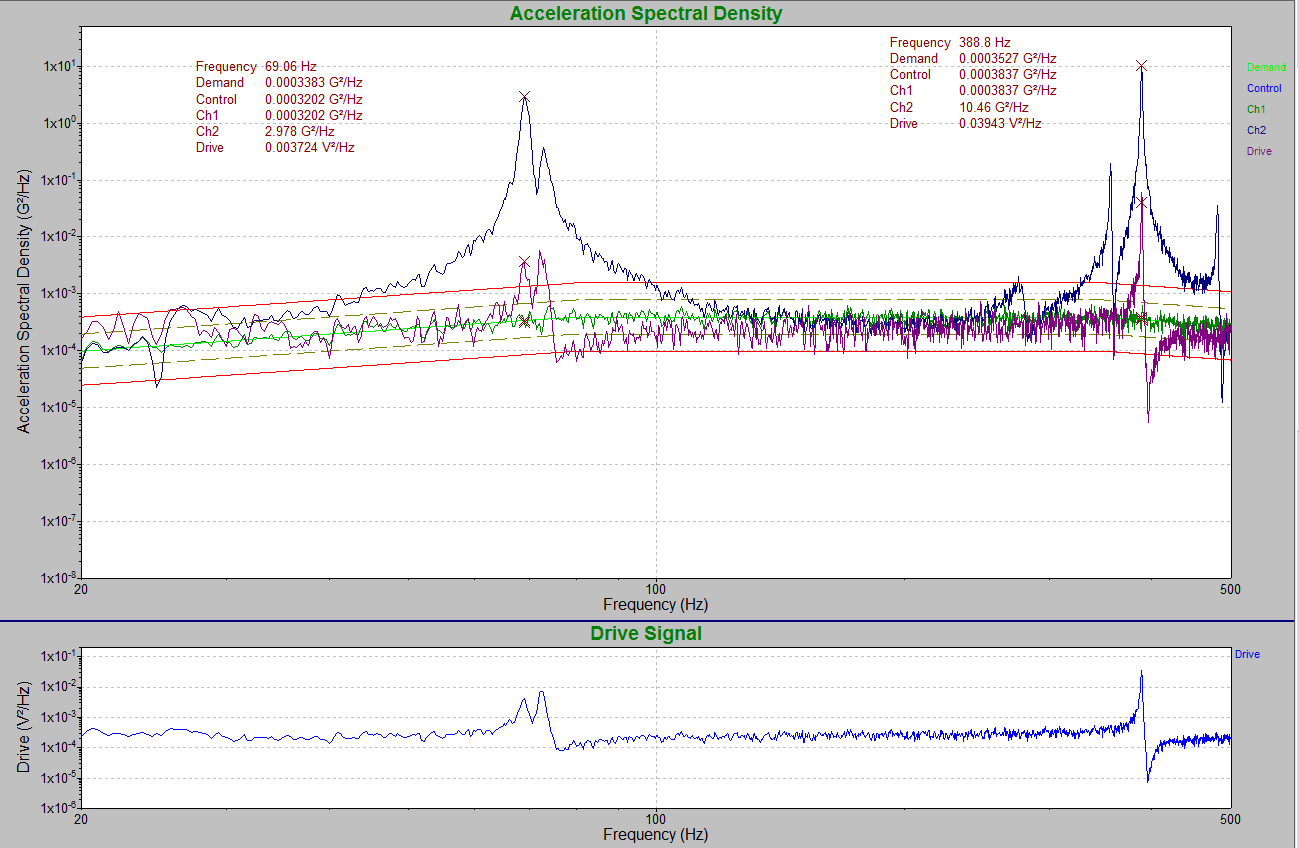 Figure 2: NAVMAT test on a lawnmower blade with no notching. 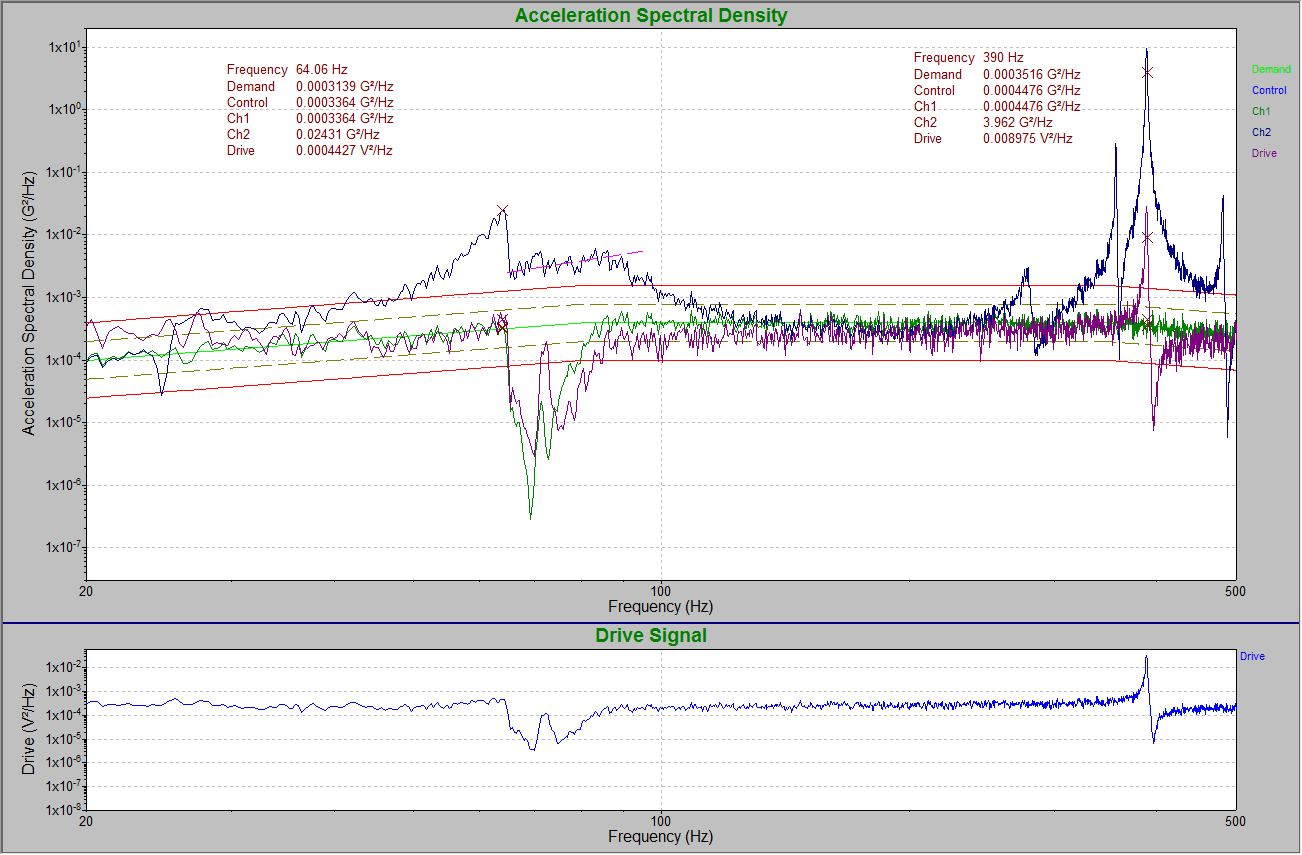 Figure 3: NAVMAT test on a lawnmower blade with notching at 65 to 95Hz for Channel 2.

The engineer ran a test again with no notching but with control on Channel 2. The drive compensated to keep the lawnmower blade’s large resonances to a minimum, i.e.—within the tolerance and abort lines (Figure 4). To do so, the drive signal dipped at the 65 to 95Hz range, similar to when it was notched (Figure 3). It also dipped in the 300 to 500Hz range.

The lawnmower blade’s large resonances are reduced across the PSD spectrum (Ch2) because of the low-level drive signals for those resonances. 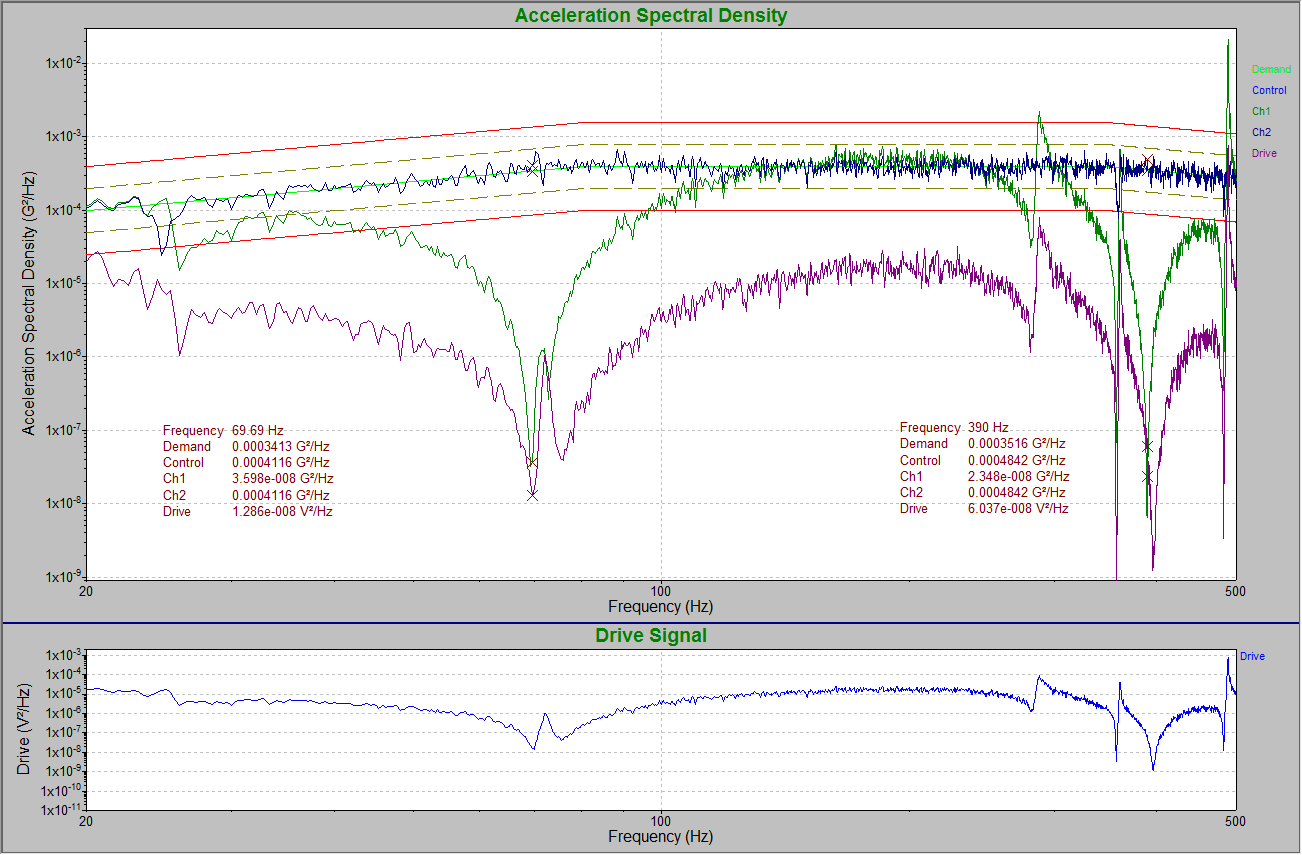 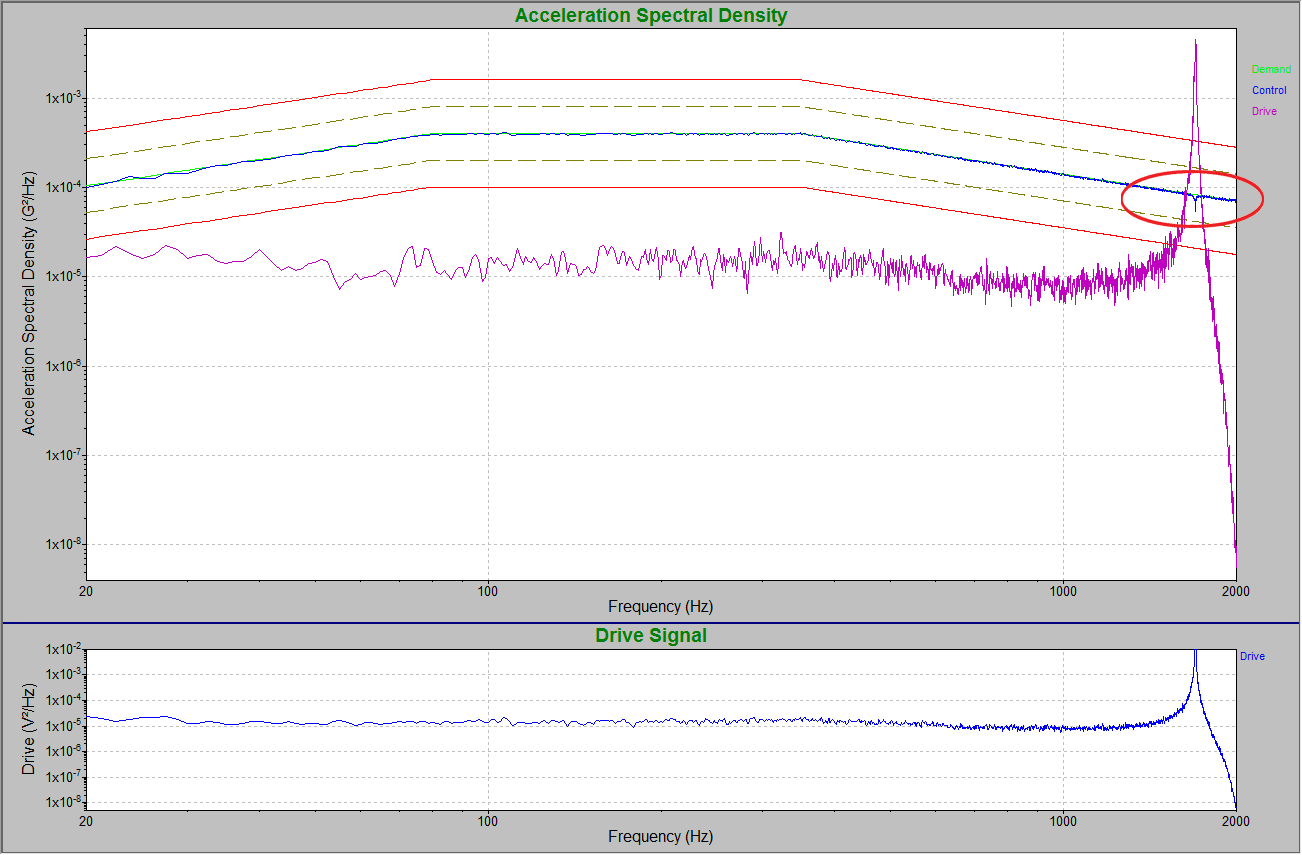 Figure 5: NAVMAT test on the shaker head. There is a resonance at approx. 1,700Hz. 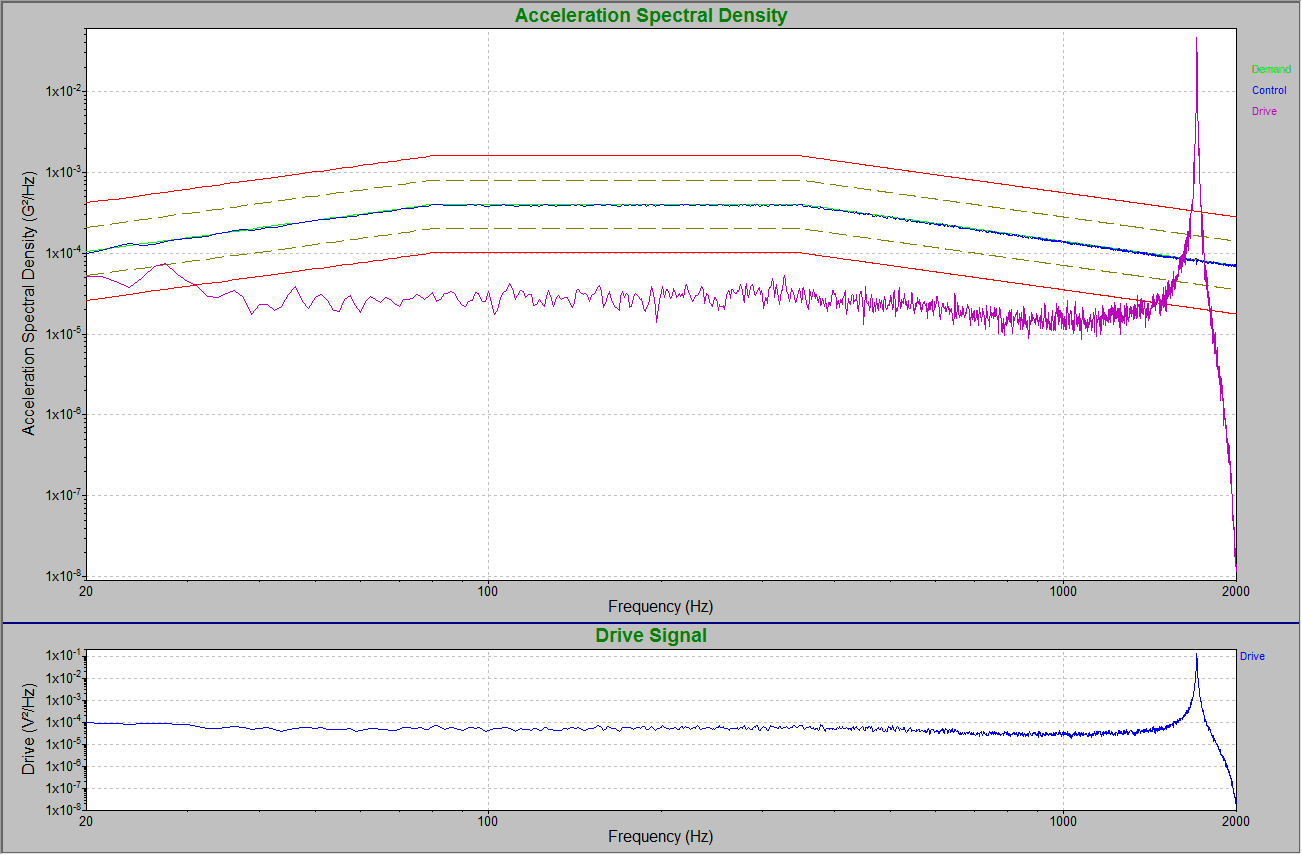 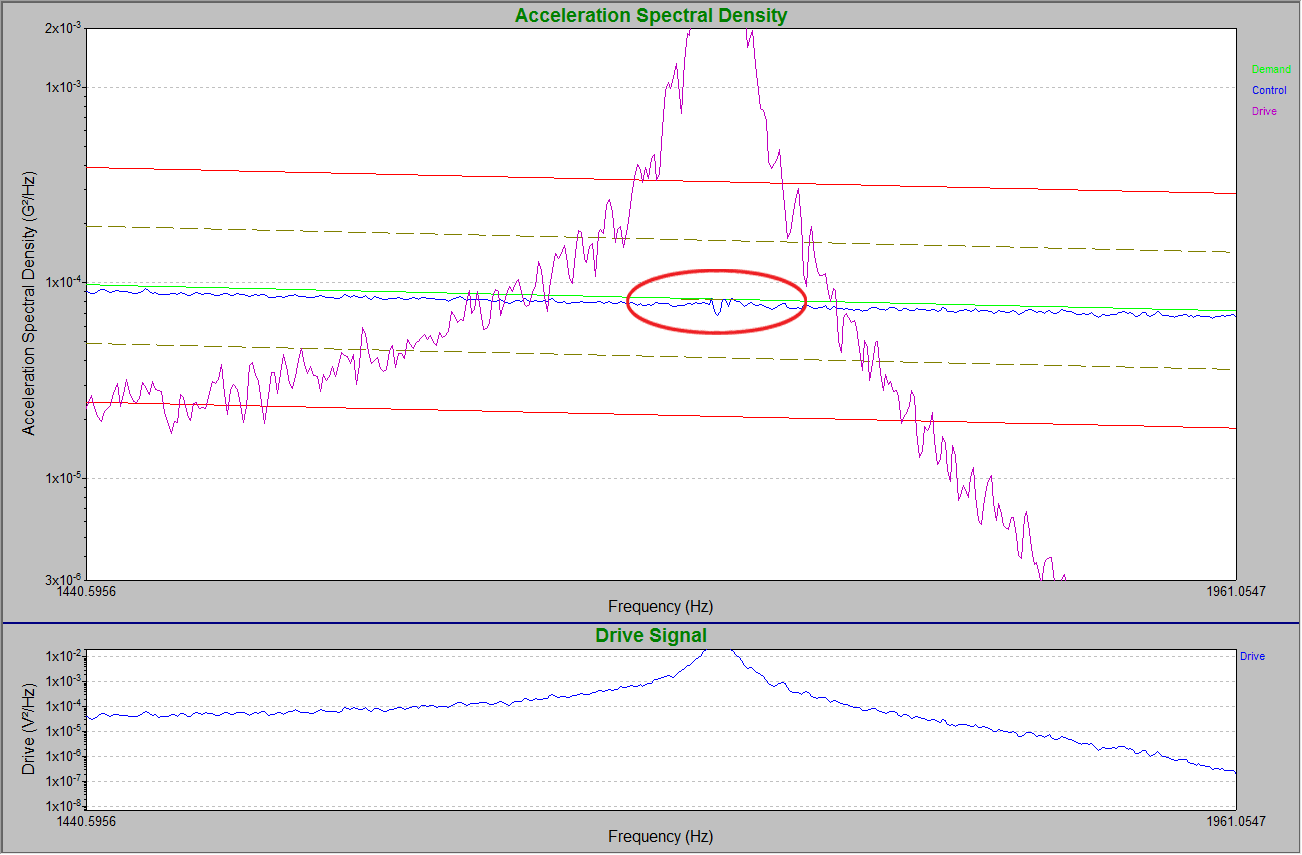 As displayed in Test 4, there is no need to use notching for control response resonances. The drive compensated for the notch across the 1,700Hz resonance of the shaker head (Figure 7) in the same way when there was no notch in place (Figure 6).

However, as far as control channels are concerned, there is no need to use notching because the drive signal accomplishes the same goal as the notch on the control channel.