Noise, vibration, and harshness (NVH) testing of BEV is one of the areas still in the research/development stage. As the noise from the combustion engine is no more, engineers must address noise that was not an issue previously.

Currently, engineers are examining data on the acoustic behavior of the powertrain and other components, which includes new considerations to resonances and sound pressure level measurement in the operational environment. The industry is aware that wind noise has increased significantly and noise from the powertrain and ancillaries is more prominent.

The team at Vibration Research was interested in generating some comparisons of their own. They mounted sensors to an electric vehicle and ICE vehicle and drove them on the same route to gather acoustic and vibration data. The purpose was to gain a better understanding of the differences in NVH of the vehicle types. As the demand for EV increases, VR wants to have the right testing tools for the new scenarios our customers will likely encounter.

The test engineers compared a Tesla Model 3 and a 2016 BMW 340i xDrive. Vibration Research’s ObserVR1000 functioned as the data recorder for both road tests.

Triaxial accelerometers were mounted to the inside rear-view mirror, windshield, and strut tower on the front driver’s side. The engineers selected these locations because they are consistent between the vehicles and experience measurable vibration in the operational environment. The vibration of the rear-view mirror impacts customer experience, and the response of all three locations has implications for safety and product longevity.

Sensor placement in the Tesla on the strut tower (left), rear-view mirror, and windshield (right).

Prior to the test drives, triaxial sensors were glued to the components’ surfaces, and the sensor configurations, including serial number, sensitivity, and orientation, were recorded. Adjustments were made as necessary. For example, the engineers swapped the Z and Y-axes of the sensor on the rear-view mirror through the VR Mobile App to account for the sensor’s orientation on the mirror.

Additionally, data from the sensors were analyzed to ensure that there was no issue with a sensor or a cable; that is, the engineers confirmed that the data seemed reasonable.

A problem was identified before the Tesla test drive. Initially, the engineers wanted to collect vibration data off the 12V battery at the front of the vehicle. When they mounted an accelerometer to the 12V battery bracket, the engineers noticed a significant amount of noise on the sensor compared to the others. The engineers tried to remedy the situation by systematically replacing the accelerometer, cable, and ObserVR1000. No changes remedied the situation.

The engineers hypothesize that the noise was electrical noise from the battery. When engineers placed the sensor on the strut tower instead, the undesired noise disappeared.

Careful recording of sensor configurations and a pre-test examination of the data is critical to ensure that the data collected will be meaningful.

Additional media was gathered to use with the ObserVIEW software’s Multimedia Sync feature. Two microphones were mounted to the left and right of the driver’s seat headrest, and the driver wore a headset to record events on an audio channel.

Microphone placement in the BMW.

A GoPro video recorder was mounted behind the front wheel on the passenger’s side. The Tesla model also has built-in cameras on the front, back, and sides, and video was gathered from those recordings. A Garmin GPS was also connected to the data acquisition hardware.

Video, audio, and GPS can help test engineers identify transient events that occur during testing. Media can give more context to events such as an acceleration spike or a repetitive moment.

A circuit was pre-planned to ensure that a variety of road surfaces were traversed, and the data were collected at different speeds.

Most of the road surfaces were dry asphalt with sections of concrete. Some of the roads were recently repaved and relatively smooth. Others were rather old and damaged with many cracks and potholes. Some were 45 mph residential roads, and others were 70 mph highway roads.

The team predicted differences in the response of a vehicle with an ICE and an EV to the same excitations, as an internal combustion engine is known to produce higher vibration levels and noise than a lithium-ion battery. While there were measurable differences, similarities between the vehicles were more common than anticipated. Several characteristics of the EV call for additional testing.

The Tesla appeared to be significantly quieter at startup, a fact that was later reinforced by octave graphs (Figure 1). This finding is not necessarily surprising, as the lithium-ion battery is composed of electrical components and does not require ignition. The difference in the sound pressure levels (SPL) between the vehicles is presented in Table 1.

The Tesla windshield Z-axis displayed a hashiness in the time waveform (also true for the X and Y-axes). The peak frequency was about 100 to 110Hz, which the engineers calculated by measuring the time difference between the peaks and finding the inverse. The engineers could hear what sounded like the AC fans powering on around this time in the audio. They conjectured that when the AC unit was powered on, its frequency may have resonated with the windshield. 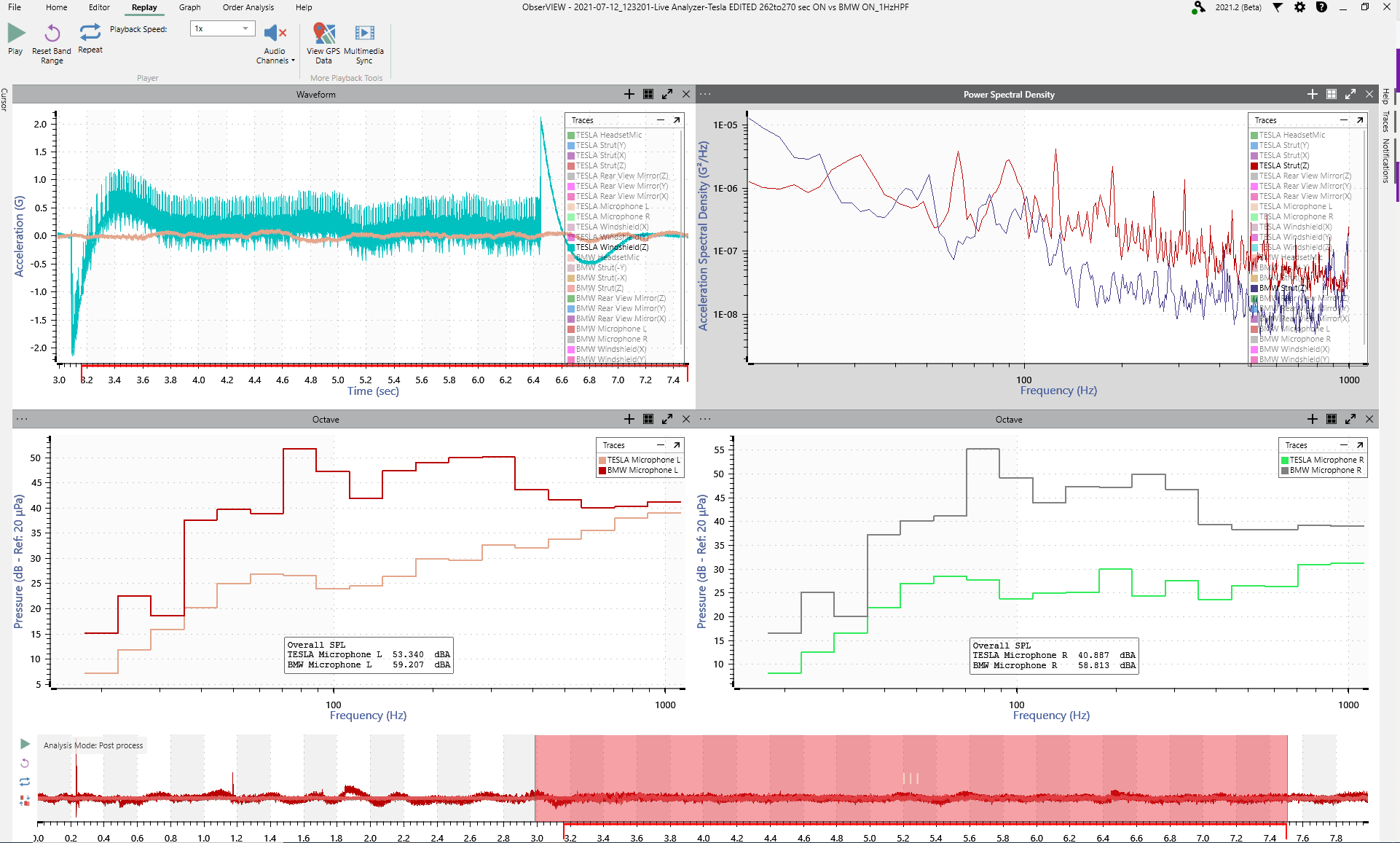 Figure 3. PSD of rear-view mirror (Z-axis): vehicle ON and stationary.

The test engineers compared the background noise of each vehicle powered on and off.

The Tesla powered on produced more noise than when powered off. The difference in dB was slight in the left microphone, but about 5dB in the right (Figure 4). However, the dB profiles were nearly identical when the vehicle was on versus when it was off. The levels ramped up from a low frequency to 100Hz and greater. 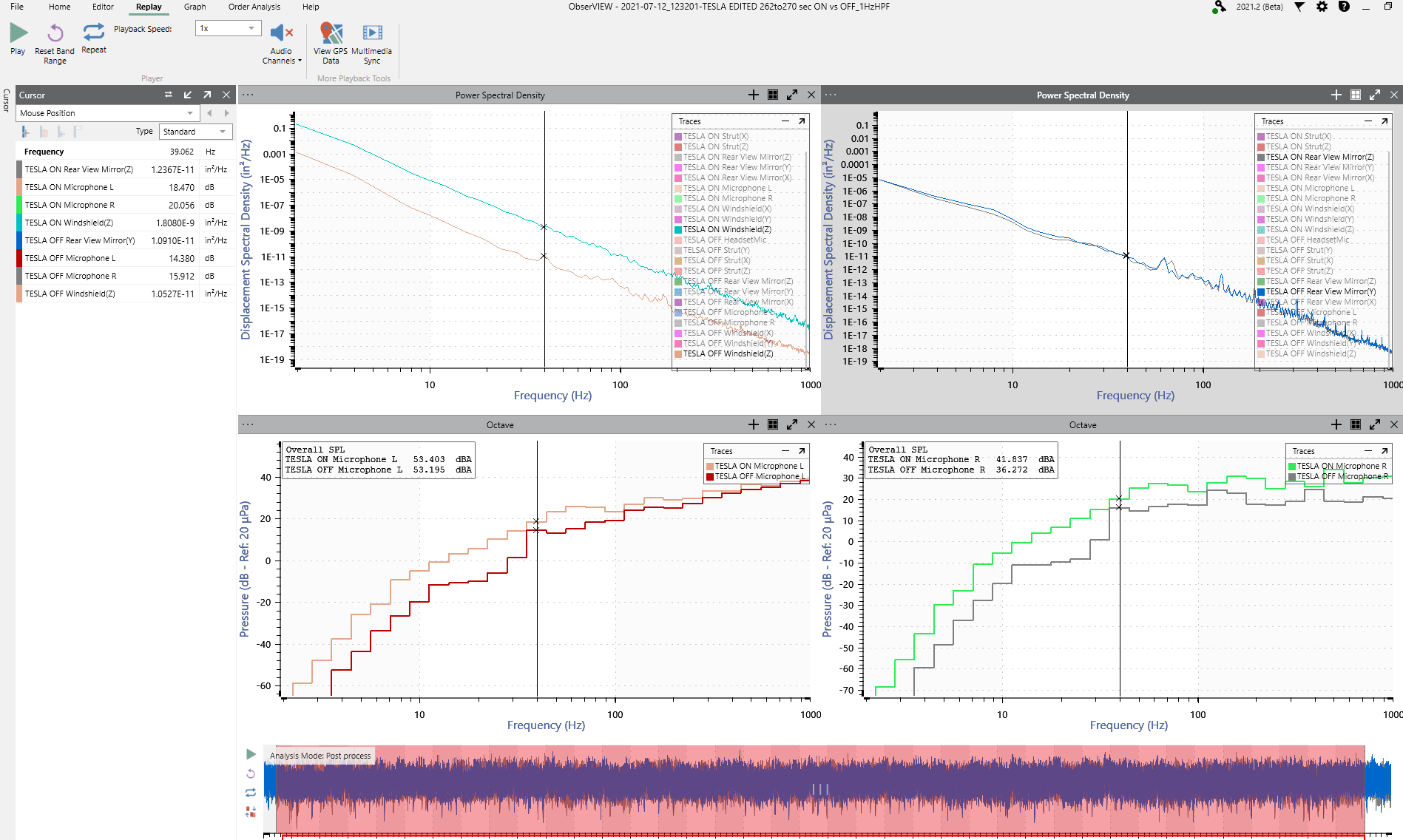 Figure 4. Vehicle recording: Tesla ON and Tesla OFF.

This data also supported the hypothesis that the AC unit was resonating with the windshield. However, more testing is needed to determine if the vibration is due to fan motor vibration or some other ancillary part.

Compared to the Tesla, the difference in dB when the BMW was on versus off was significant. The difference was 3dB in the left microphone and 15dB in the right (Figure 5). 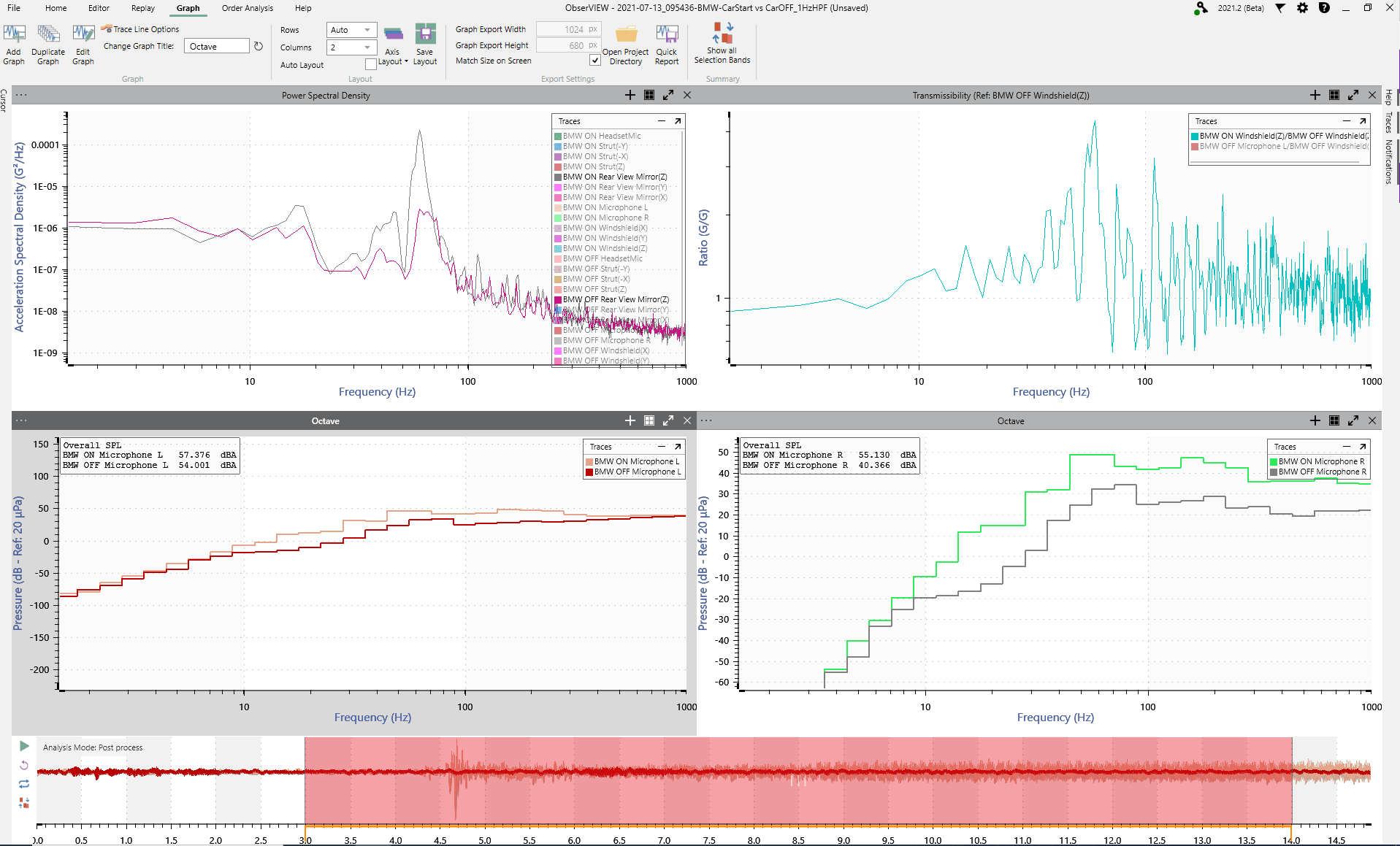 Figure 5. Vehicle recording: BMW ON and BMW OFF.

On a smooth road surface, the Tesla displayed louder interior noise by 3.5dBA, but the frequency content of the audio in both vehicles was similar (Figure 6). The Tesla’s rear-view mirror (Z-axis) had a higher acceleration (and displacement) and greater fatigue damage across the frequency range starting at 30Hz. 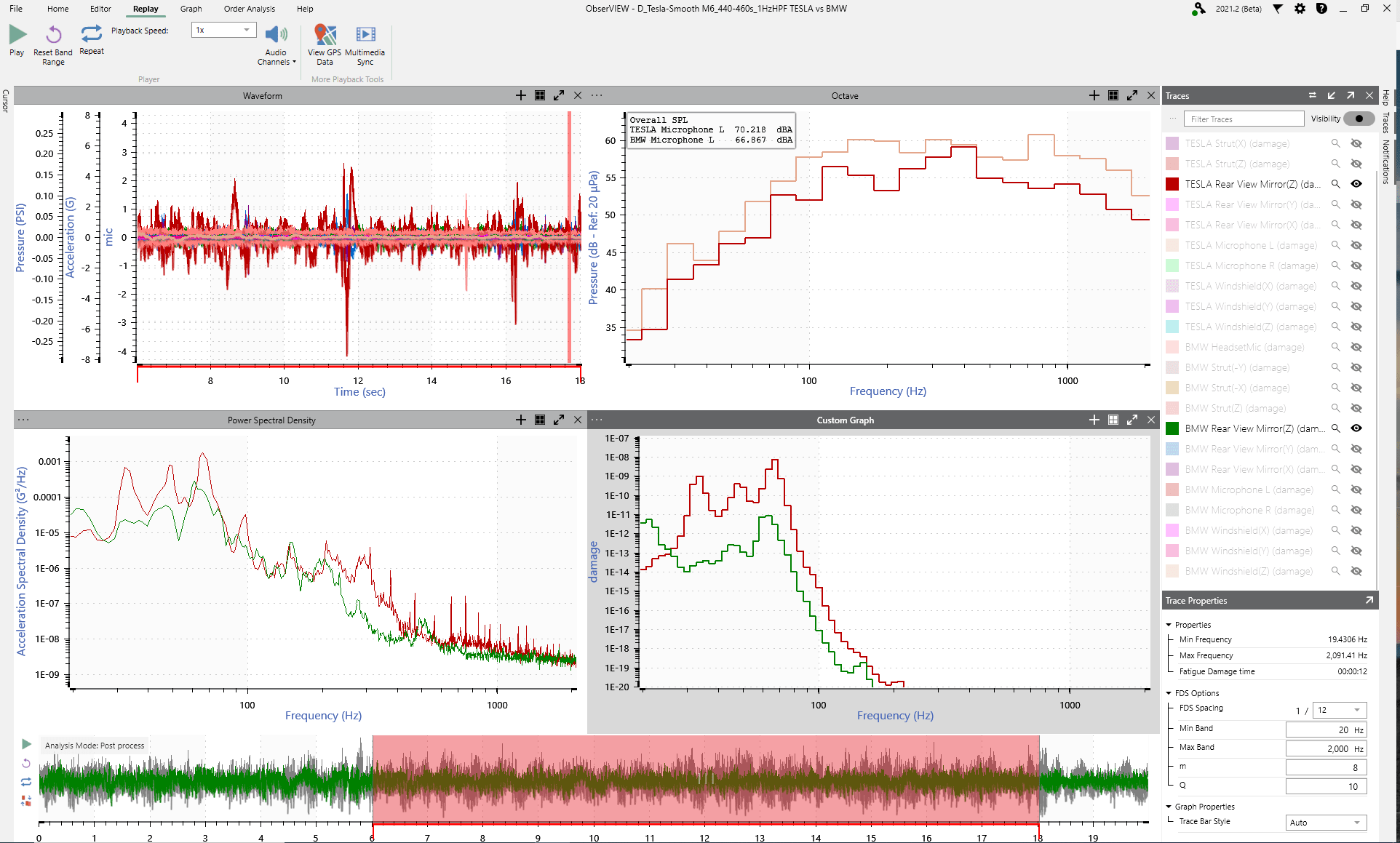 On a rough road surface at around 70mph: 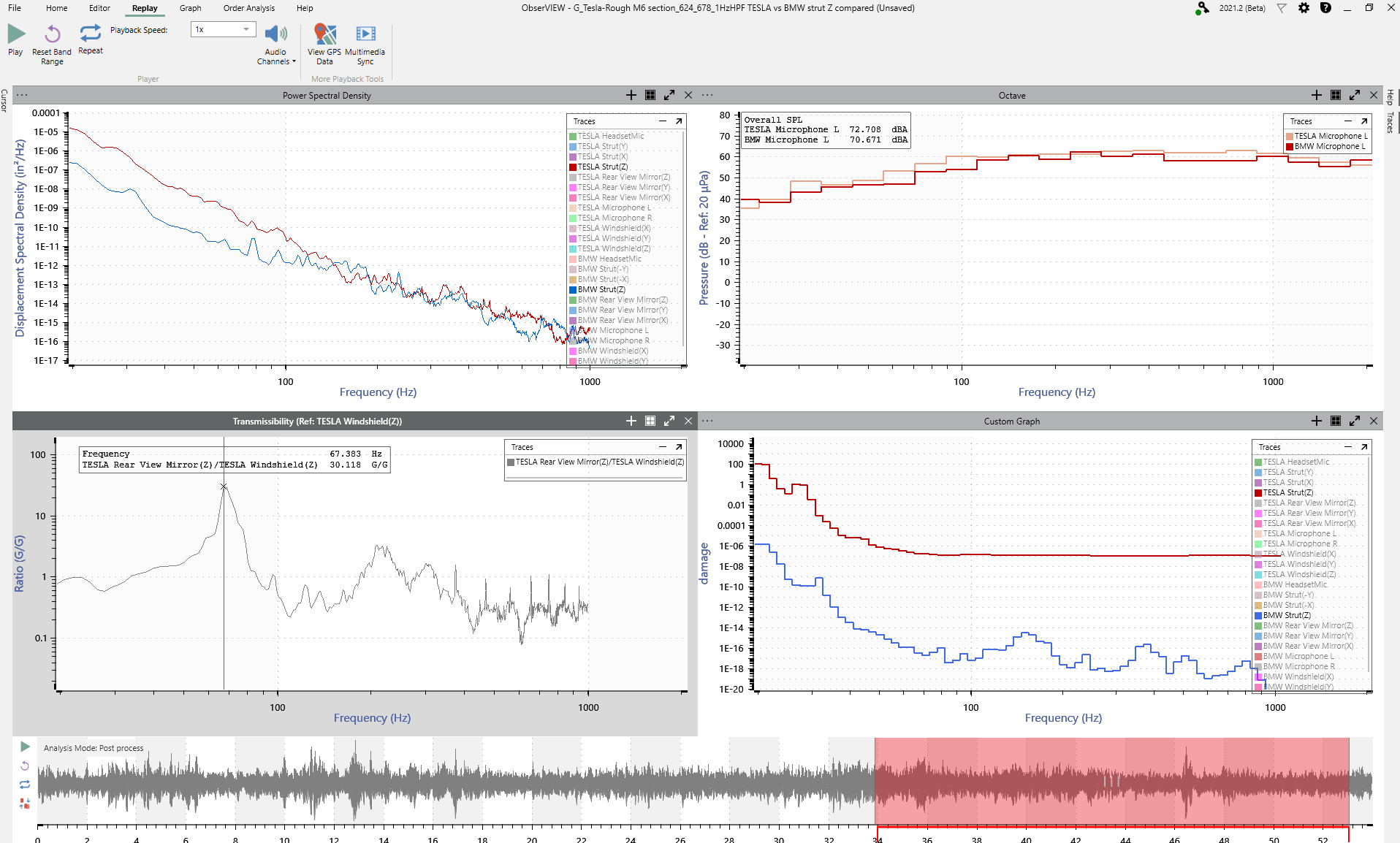 Figure 7. Signal comparison on a rough road surface at around 70mph.

On a rough road surface around 45mph (Figure 8): 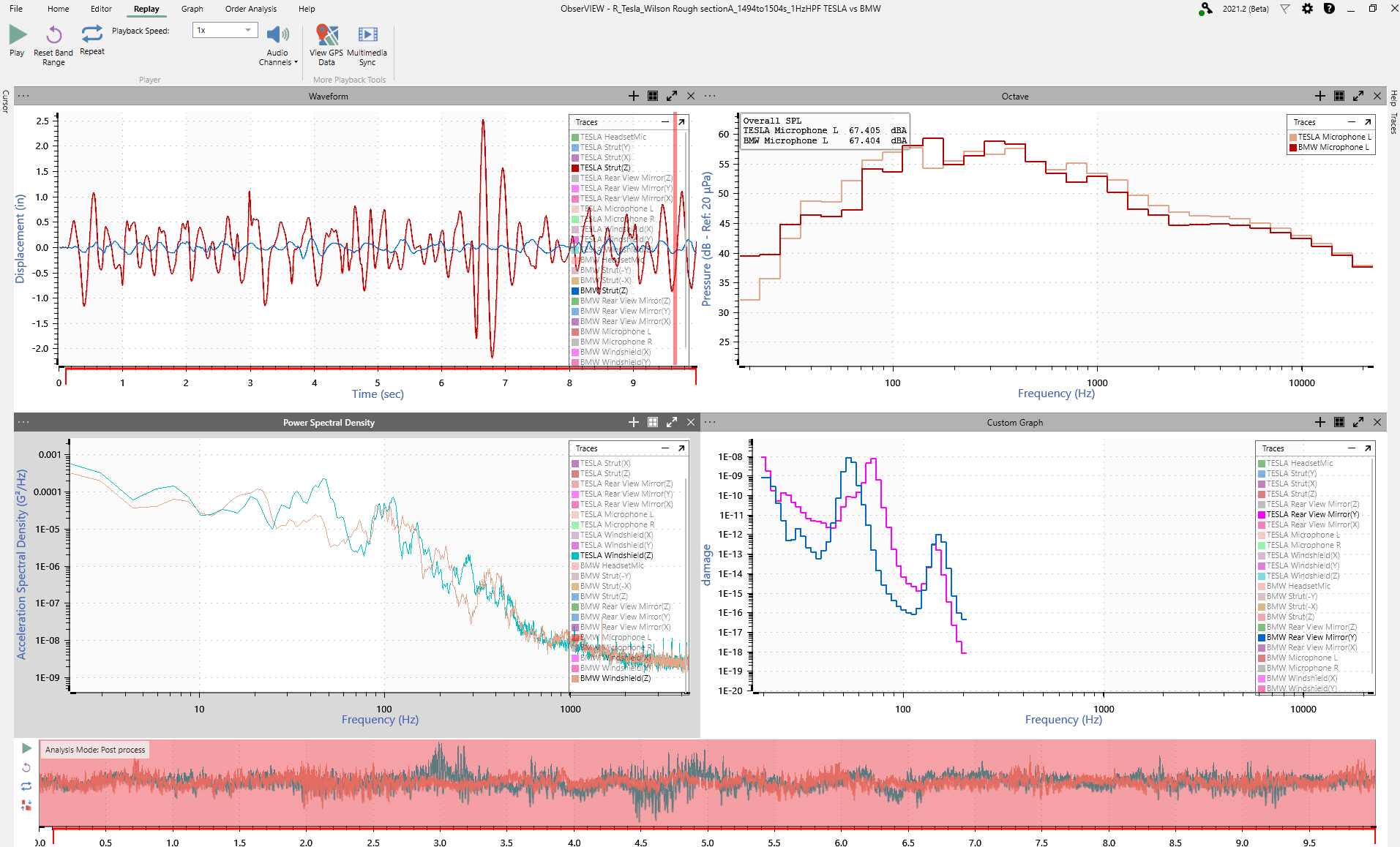 Figure 8. Signal comparison on a rough road surface at around 45mph.

Both sections of the rough road surface showed that the Tesla strut did not absorb vibration as well as the BMW, but the other components had comparable vibrations. 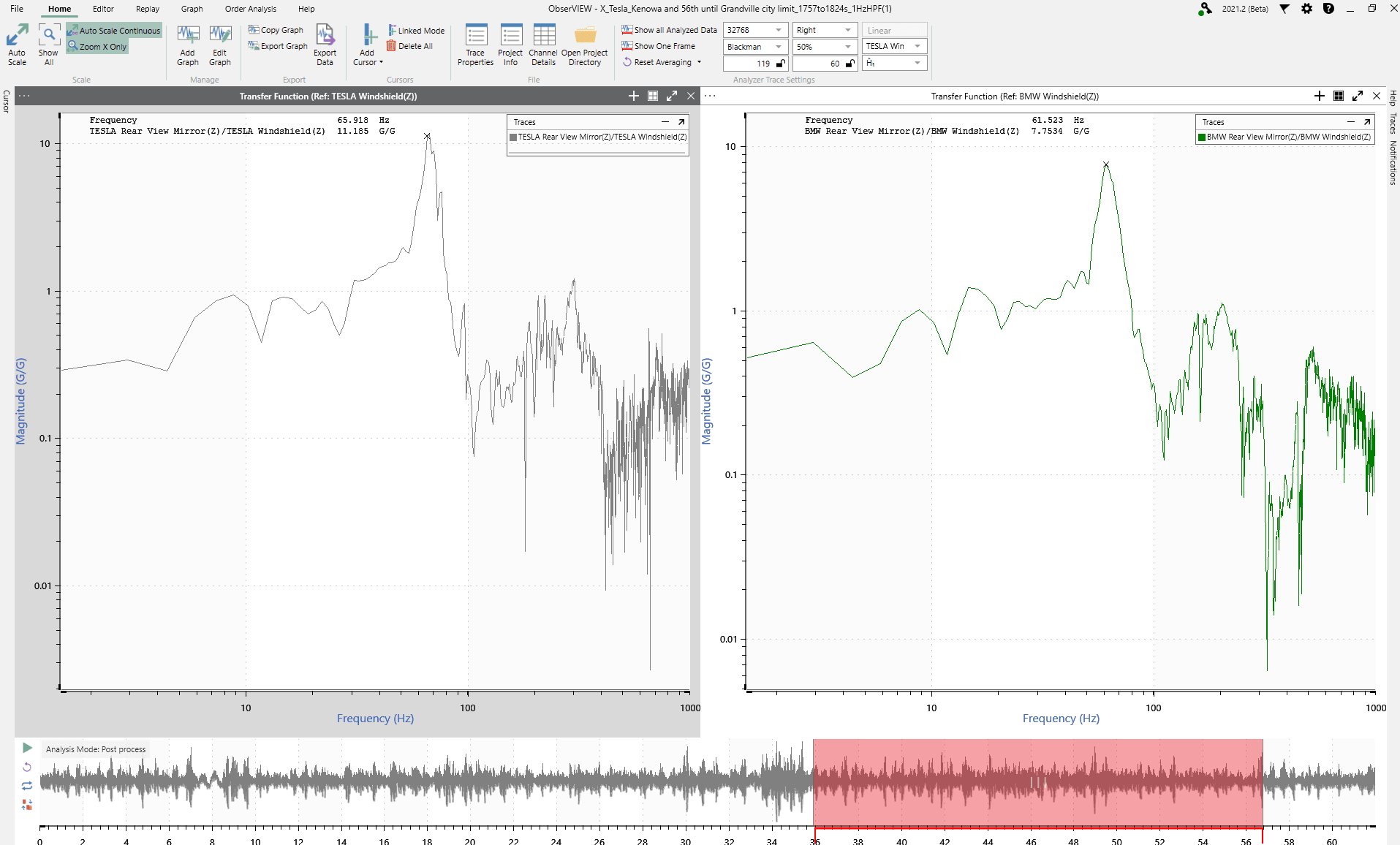 The vehicles’ mirrors are not the same and may have been mounted differently. Although it appears the vibration from the road impacts the mirrors of the TESLA more than the BMW, there is not enough evidence to conclude such.

These data recordings offer our team a preliminary insight into the noise and vibration testing of electric vehicles. The engineers found the following items of note:

At startup, the Tesla windshield Z-axis displayed a hashiness in the time waveform with a peak frequency around 100 to 110Hz. Additionally, the acceleration of the windshield’s vibration was much greater when the vehicle was stationary with the battery running compared to when it was off. More testing is needed to determine the repeatability of this occurrence and its potential causes.

The Future of EV Vibration Testing

In automotive testing, manufacturers must account for many factors, including:

The increased presence of battery electric vehicles will alter the way engineers approach vibration testing. We anticipate that new testing standards and methods will emerge in the next decade following innovations in manufacturing. The expanding market will offer many opportunities for research and development in the field of vibration testing.