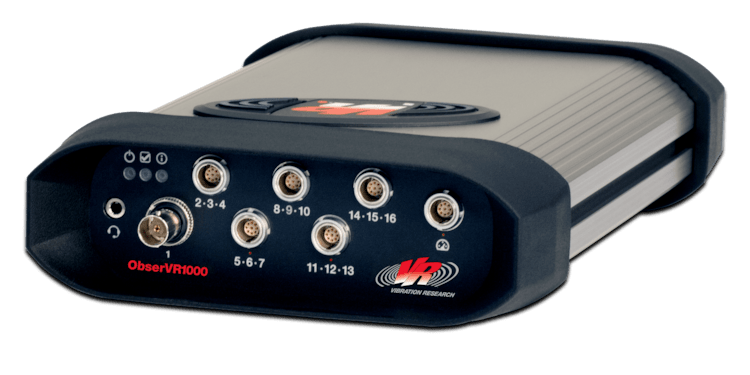 Group 6 selected nine firearms of varying types to test at a gun range. Their goal was to compare data between automatic and semi-automatic guns in a range of calibers. The ones they selected reflected their need for variety. For example, the AR-15 and SCAR heavy are semi-automatic, and the MP5K, M-16, and Gatling gun are automatic.

The team made use of two ObserVR1000 data acquisition devices. The first was at the table where they shot the guns, and the second was down range near the target. It was beneficial to use two devices, as they were recording data in both locations. A long cable from the table to the target would have opened several opportunities for error. 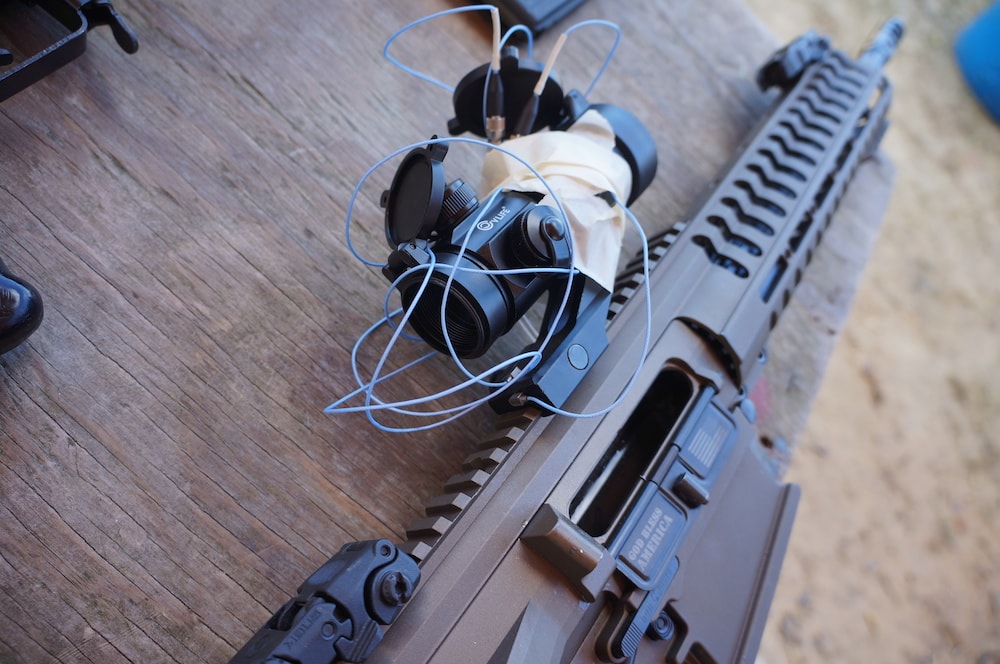 Single-axis accelerometers attached to the sight of a firearm.

Two single-axis accelerometers measured the shock response on the gunsight, which is an aiming device. The team used the same sensors for every gun, so they had to re-mount them each time they switched types. One triaxial accelerometer was attached to the target post.

Additionally, group 6 connected a GPS device to both units to synchronize the recordings (more on that later). A microphone and two Go Pros—including one on a drone—were recording as well.

In the ObserVIEW software, the team generated a shock response spectrum (SRS) graph with a trace for each gun. They were able to view all the recordings in one graph using the software’s overlay feature.

Comparison of SRS traces for all firearms.

The SRS helps evaluate testing environments with complex transient shocks. The curve’s initial overall slope represents a constant velocity or displacement. Group 6 selected an SRS rather than a PSD or FFT because they intended to analyze shock pulses. The response to a gunshot is a transient event, not random vibration.

First, they compared the guns’ excitation frequencies. Some displayed multiple spikes, while others were smoother. The guns with higher caliber bullets experienced excitations at greater accelerations. The AR-10, which had more kickback, had a greater displacement value than others.

The group questioned if the lower frequencies were relevant for some gun types because they had more excitations at higher frequencies.

Next, group 6 wanted to know how the SRS and fatigue damage spectrum (FDS) values compared between a single shot versus a round. The FDS calculates the relative damage a product experiences in a defined period.

The team generated two time-history waveforms from the MP5K recordings, one for a 16-round burst and another for a single shot. 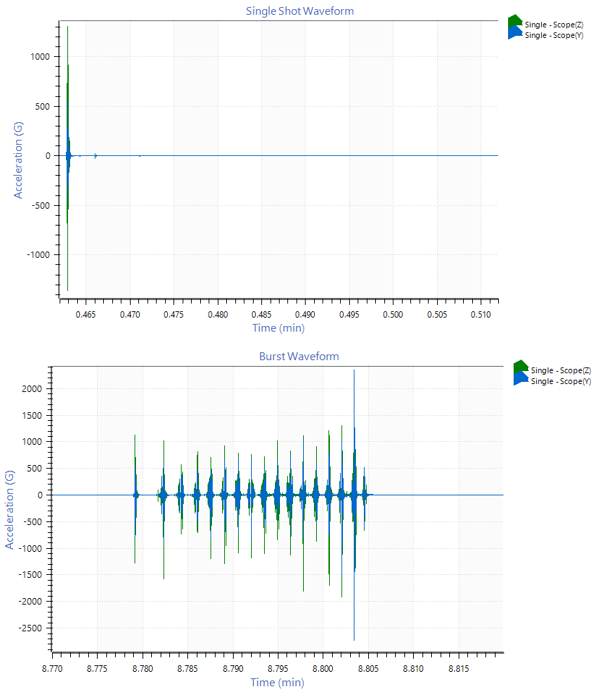 Then, they added an SRS and FDS graph, each with the two comparison traces. 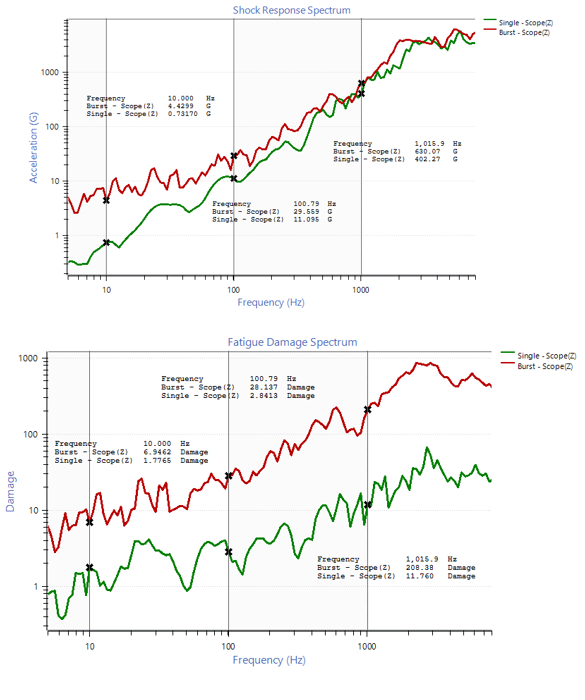 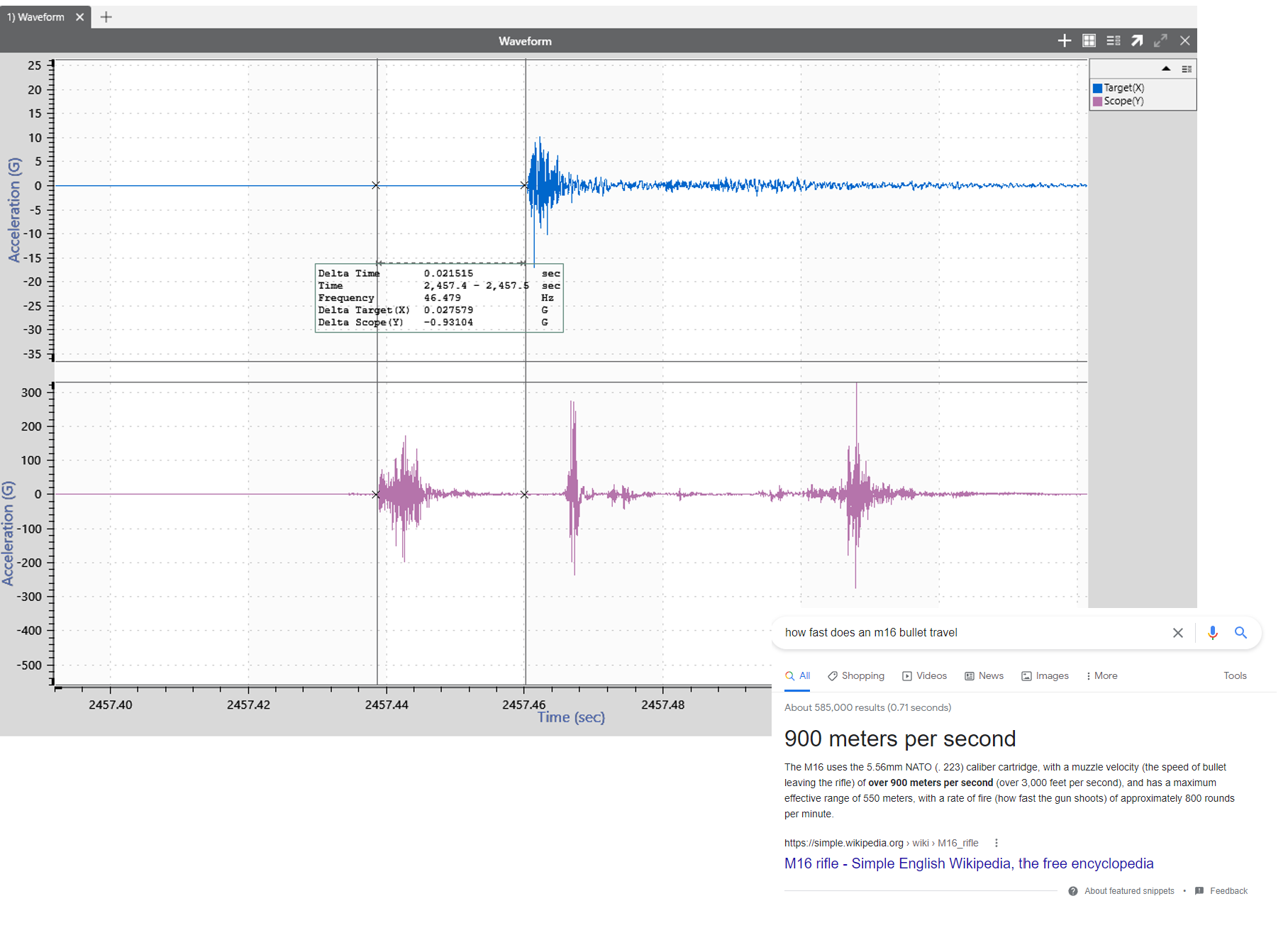 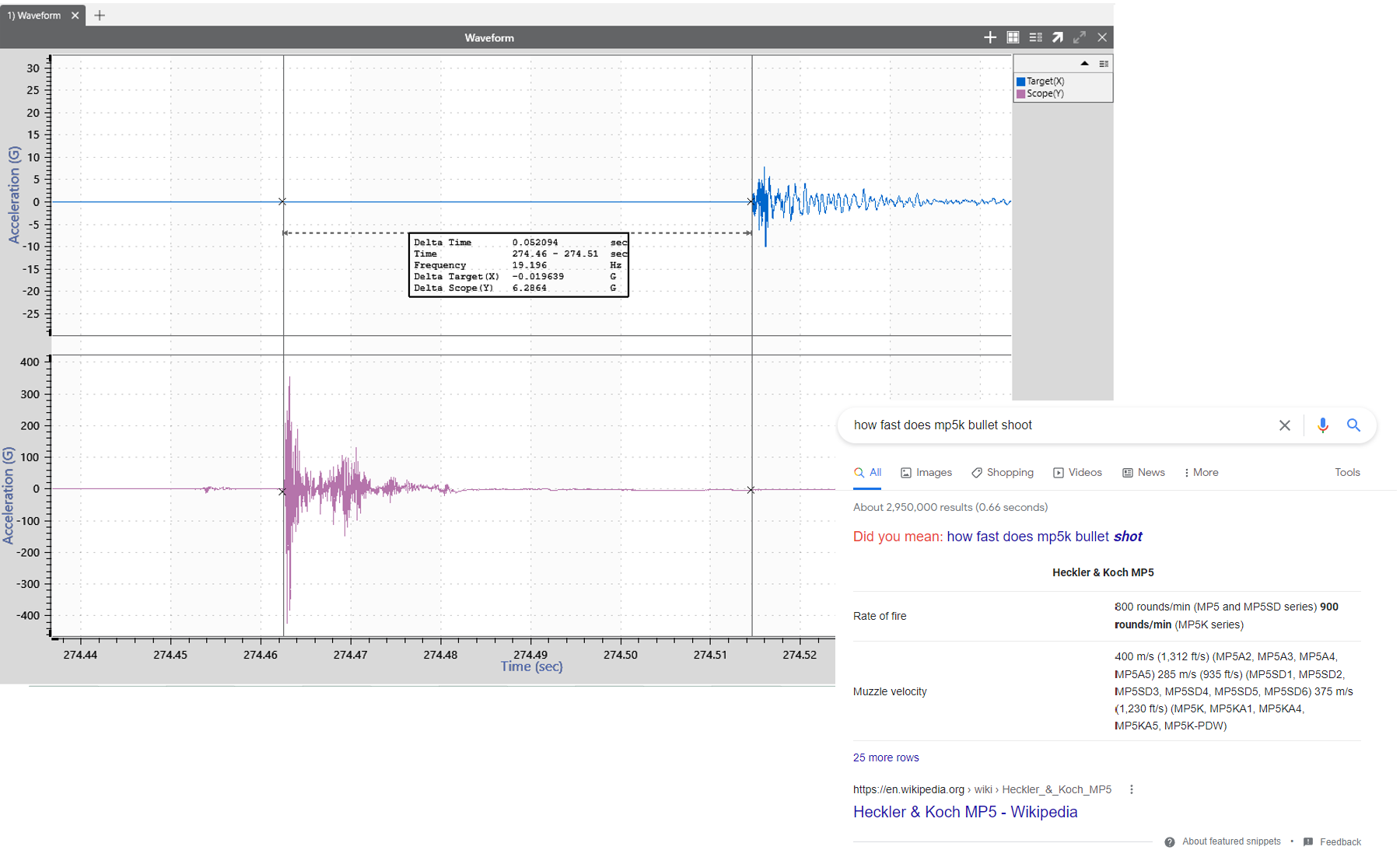 A quick tip: The frames/sec of a slow-motion video might not be consistent throughout the video. In the team’s video, the recording had a higher frames/sec value at the start and end of the video. To sync it with ObserVIEW, they had to stretch out the slower segments, so the frames/sec were consistent.