Test engineers often collect video, audio, GPS, or other media during waveform recording. With the Multimedia Sync tool, they can then analyze and playback the media in sync with the recorded waveform.

Multimedia Sync opens a video file(s) and syncs it with the time of the waveform recording. Users can view the video and the data playback together and extract images/data for a report. They can also add other media files, such as additional video files and audio files after the player is open.

A video file can provide valuable information about the events during a recording, such as transient shock or resonance. Multimedia Sync opens a multimedia player and automatically plays any video files associated with the waveform recording.

Video files are included in the graph display if they are in the same directory as the .vfw file and have a timestamp that reflects the recording time. If multiple video files are part of a continuous recording, they will appear in the media player as one video and play in order.

The ObserVR1000 analyzer hardware can power an optional GPS. Then, the user can view GPS statistics and interact with the map post-process in ObserVIEW.

The GPS includes position updates at about 1Hz as well as GPS time base synchronization. The user can apply this information to their analysis and add it to a report.

View GPS Data is a feature of the free basic license. To synchronize the GPS data with the waveform recording, you must purchase an Advanced license.

VR Mobile is embedded software in the ObserVR1000 that users can control from a tablet or mobile device. Under GPS Readings, VR Mobile displays the status and live data feed from a connected GPS device.

The ObserVR1000 is a compact and portable hardware device for dynamic signal acquisition and analysis. It can be used as an analyzer or vibration controller and can be used for up to 128 channels. When paired with the VR Mobile application, engineers can operate this battery-powered device autonomously for 6+ hours. Touch an ObserVR1000 with NFC, and the VR Mobile app will instantly create a Wi-Fi connection; alternatively, connect via Ethernet. 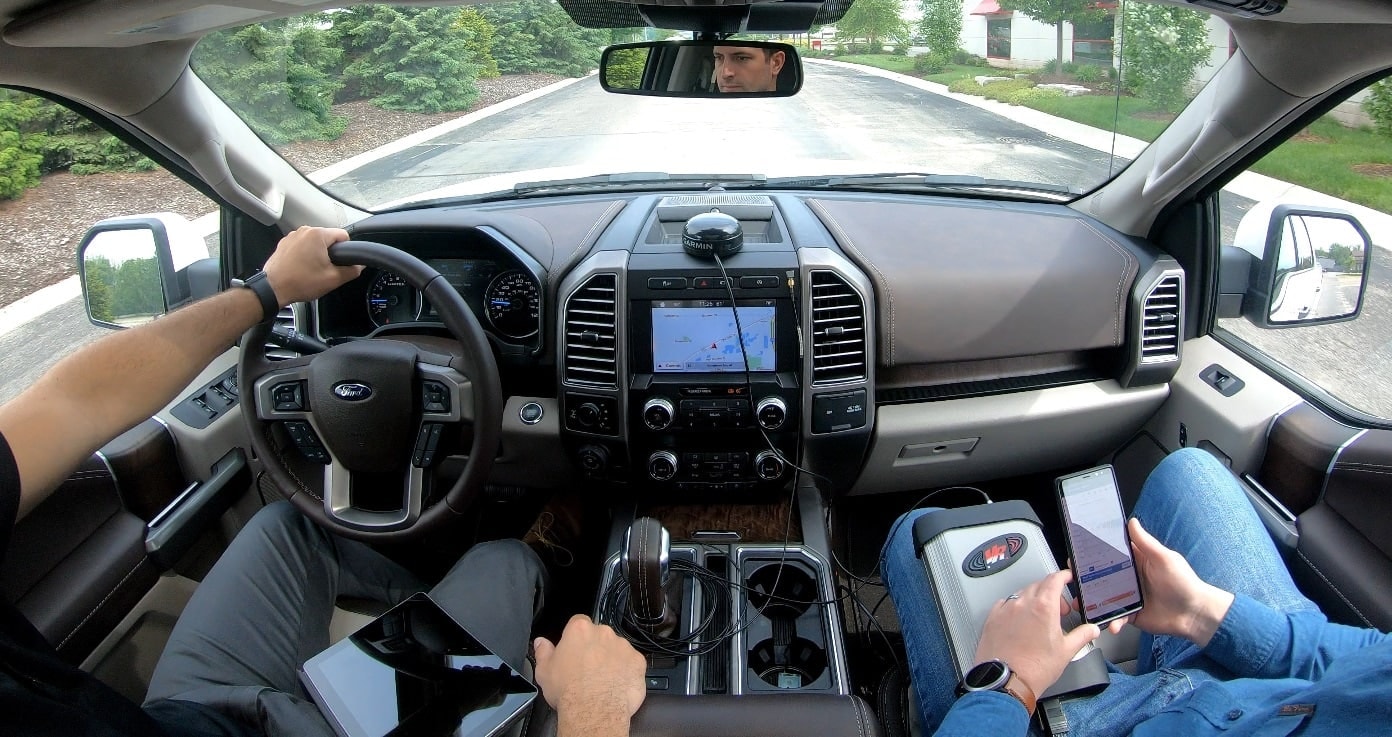