An Introduction to Seismic Building Codes

Out-of-date or poorly designed structures are a leading cause of injury following an earthquake. Therefore, keeping current with building codes is critical to human safety.

Building codes outline the minimum requirements to keep occupants out of harm’s way and include design guidelines for new construction and alterations/maintenance for older structures.

The International Code Council (ICC) developed a set of codes considered a national standard in the United States. The ICC references the following standards from the American Society of Civil Engineers/Structural Engineering Institute (ASCE/SEI).

New findings from research and documentation shape building codes over time. A document library complied by the Federal Emergency Management Agency of the U.S. Department of Homeland Security (FEMA) can be found here.

The VibrationVIEW software can perform many of the vibration tests recommended by seismic building codes, including:

Before running a vibration test, a test engineer must understand the structural response of the device under test. To do so, they can employ a sine sweep to determine the structure’s resonances. The sweep exposes the test item to a sine tone with a frequency that varies across a defined range.

In VibrationVIEW’s Sine software, the user can specify a linear or logarithmic sweep type and run sequences of fixed-frequency tones of a specified acceleration, velocity, or displacement. The test duration can be a length of time, a number of sine wave cycles, or a number of sweeps. The software’s looping functions allow for an easy entry of repeating tone sequences.

A seismic test standard may provide the specific shock pulse to employ during a vibration test for vibration environments with a single predominant frequency. In such instances, the engineer must replicate the pulse to meet the standard’s requirements.

A test engineer will utilize the shock response spectrum (SRS) for more complex, multi-frequency vibration. Ground vibration analysis for seismic qualification uses the SRS to describe a transient event in general terms. The spectrum represents a set of theoretical single-degree-of-freedom mass-damper-spring oscillators that are excited mathematically by a base motion. The SRS displays the response of the series on a graph and is the theoretical response of the structure.

Alternatively, the user can iterate a test profile from a user waveform. They can manually adjust the parameters of the underlying wavelets or allow VibrationVIEW to create and run a test without intervention. 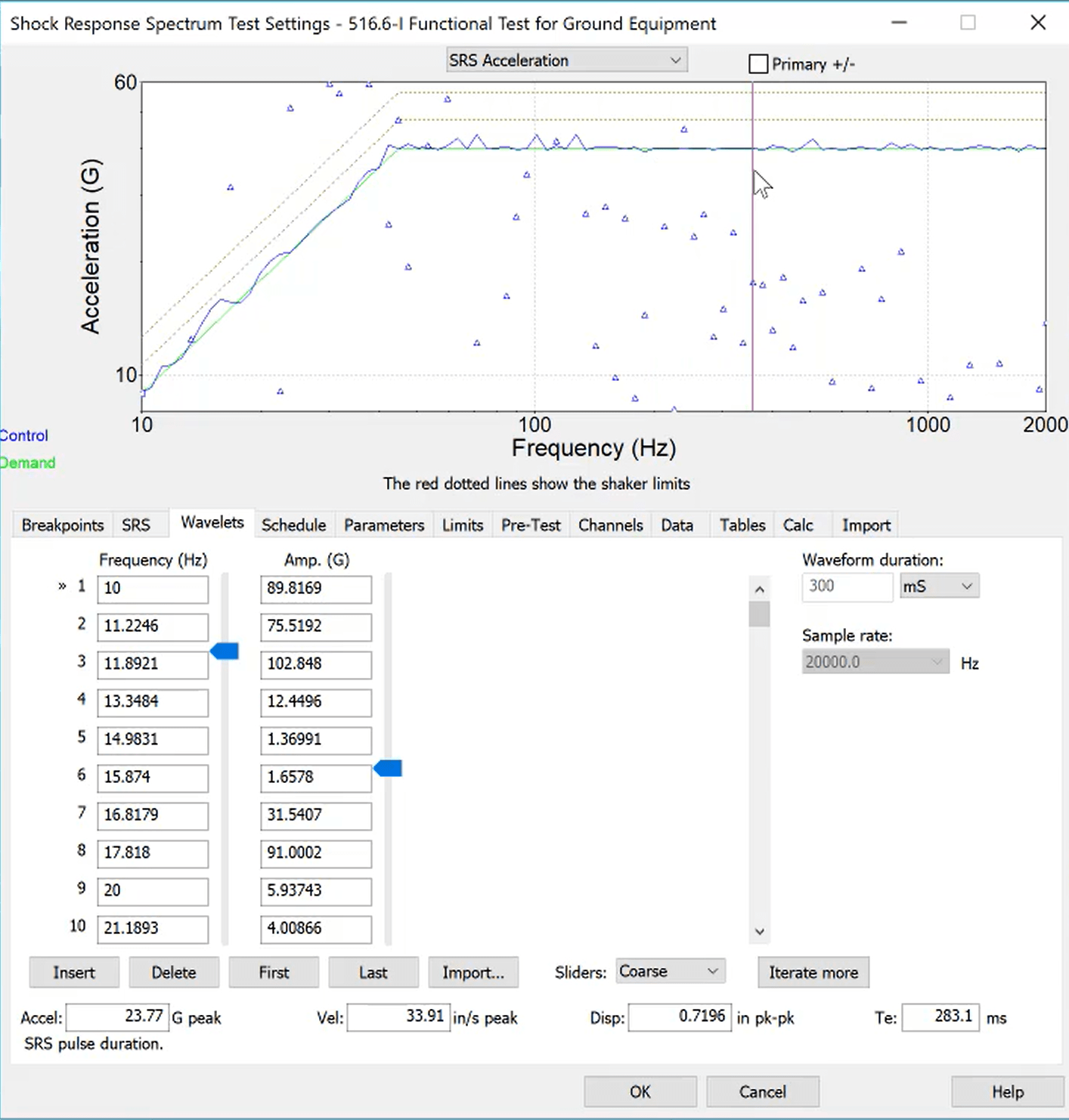 Seismic building codes are a dependable source for seismic qualification and improvement. Implementation of these codes is imperative to community safety.

Interested in learning more about seismic testing with Vibration Research systems? Download the free demo of our software and put it to the test!