Identify a structure’s response to excitation with modal analysis. The Modal Testing software collects responses, calculates averages, and generates transfer functions. From there, export the data to a modal analysis software.

When a structure is excited at its natural frequency, the resulting vibration creates different shapes. These mode shapes help to describe the vibration. 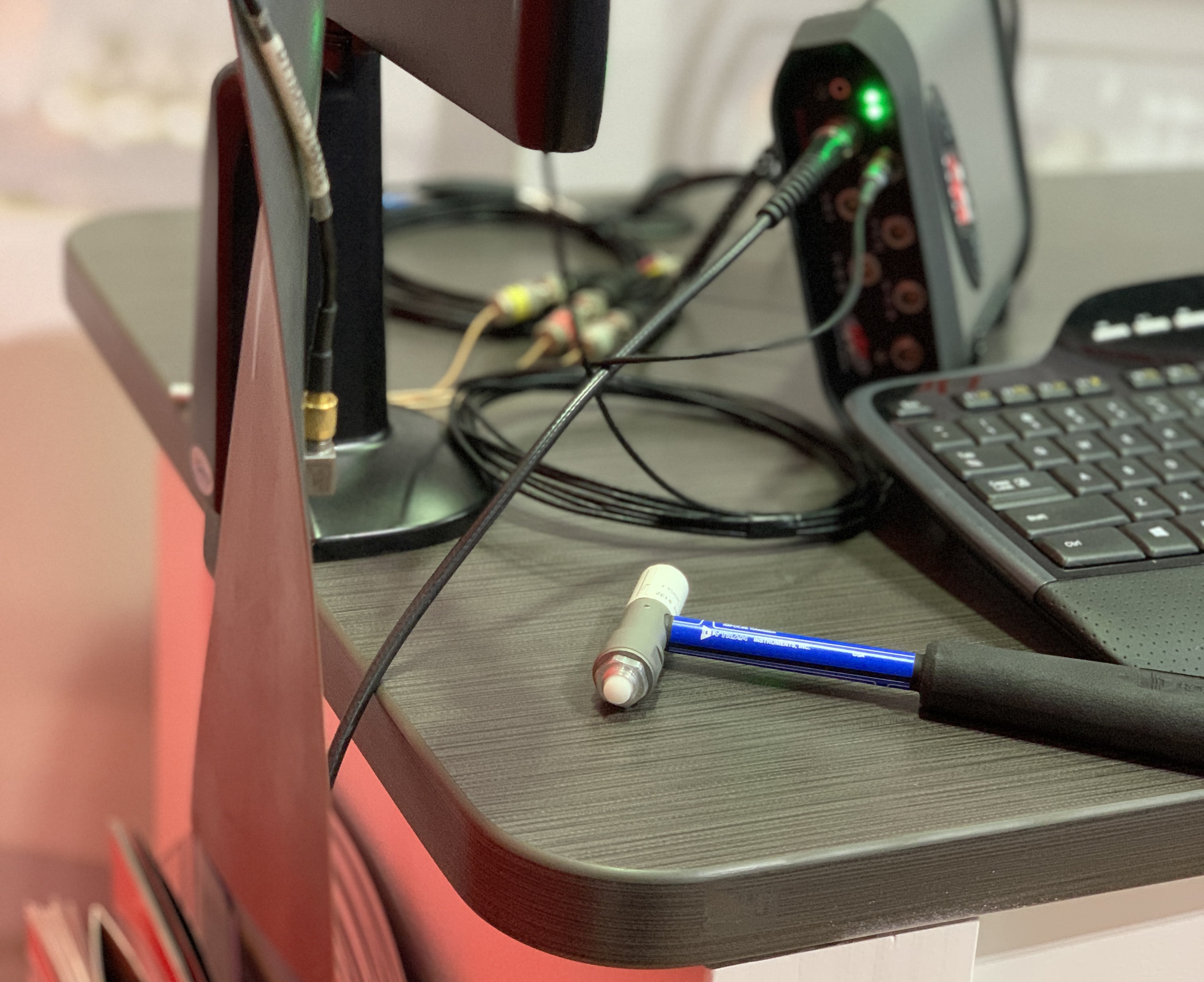 Modal analysis can be experimental or operational. Engineers most often use experimental analysis, where a mechanical device excites the structure, and the response is recorded.

A modal test setup includes a device to generate the excitation, transducer(s), and a data acquisition system. The structure is subject to an impact, the transducers attached to the structure record the response, and the output signal is sent to a dynamic signal analyzer such as the ObserVR1000.

Capture transient events with an ObserVIEW/ObserVR1000 system, and access a comprehensive suite of features for additional data recording, editing, and analysis.

The ObserVIEW Modal Testing module is compatible with a modal impact hammer for excitation. The ObserVR1000 records the impulse via the hammer’s force sensor and the structure’s output via the response accelerometers. The user can capture data using the roving hammer or roving accelerometer method. 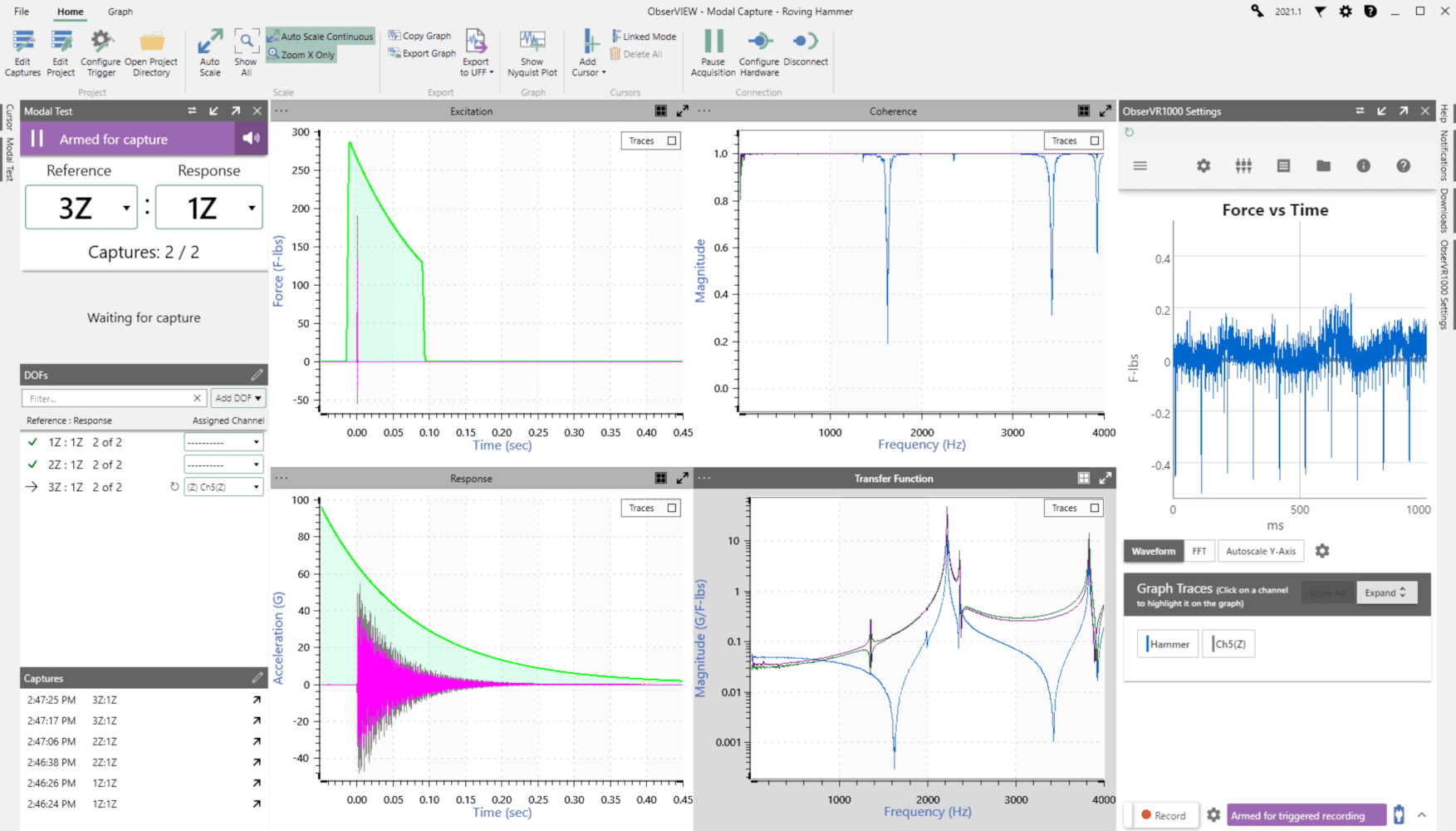 The ObserVIEW software also employs automatic double-hit detection. If there is a second peak in the input that is a certain percentage of the main peak value, it is considered a double hit and rejected automatically. The user defines the percentage value per their own requirements.

In ObserVIEW, the Modal Testing software collects responses to excitation with an impact hammer. The program calculates an average response for each hit location and generates a smooth transfer function (FRF). From there, the data can be exported to a modal software such as MEscope for further analysis.

With Modal Testing in ObserVIEW:

Assess the Stability of a System

Add a Nyquist plot to view transfer function data as a scatter plot. 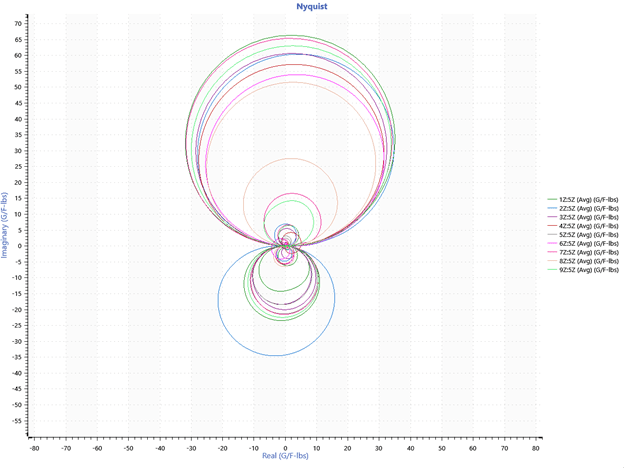 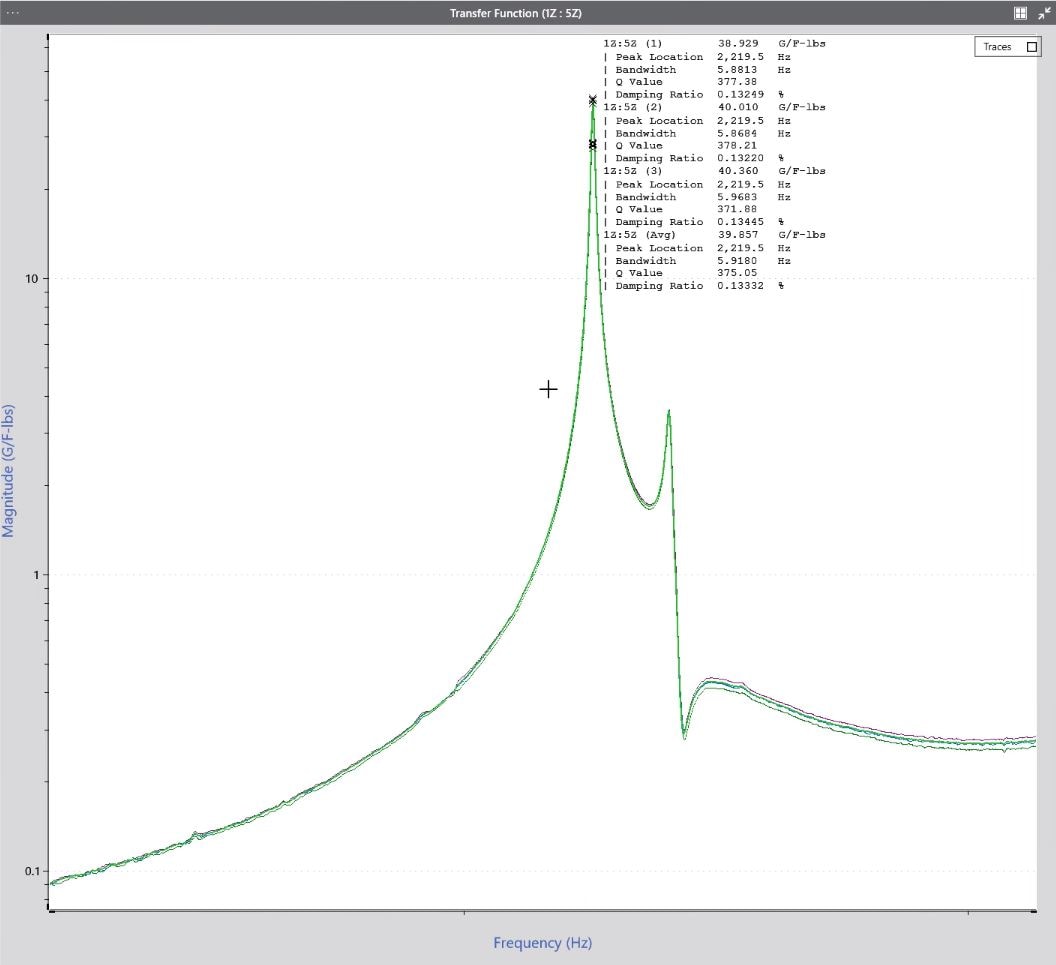