What is Sine on Random testing and when should I use this testing method in place of, or in addition to, either Sine or Random? You may have asked yourself this in the past. The answers are quite simple. 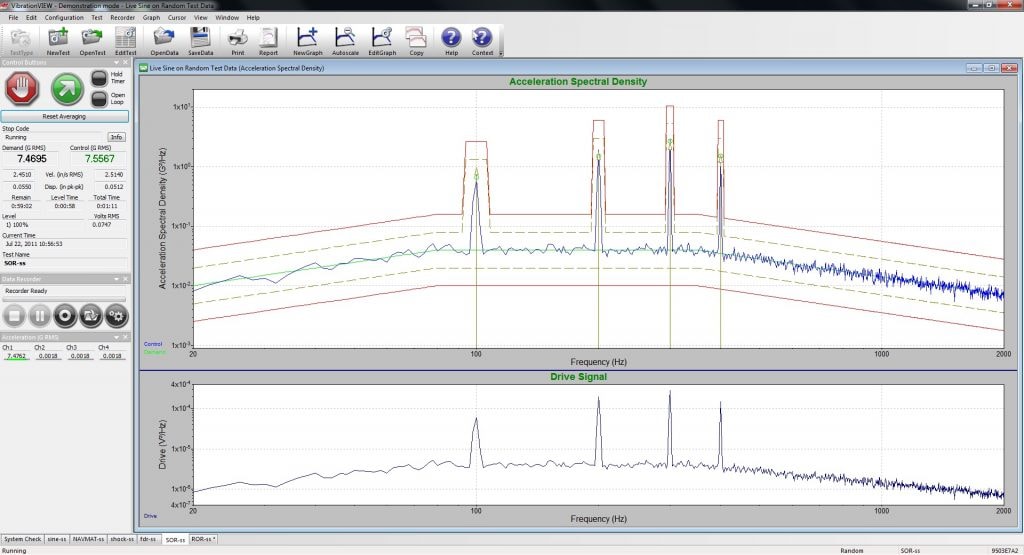 Sine on Random is a common form of mixed mode testing. Sine on Random is a test mode in which sine and random vibrations are performed simultaneously to simulate sources where both modes are present in the ordinary service of the device under test. In the real world sinusoidal and random vibrations often exist and occur simultaneously. In a Sine on Random test the underlying energy is being generated in a random form, but there are certain sinusoidal vibrations present which exceed the g levels seen in the random profile to such a degree that they need to be part of the test profile to provide a more accurate representation of the in-service environment. In certain circumstances the sinusoidal vibration is minimal and is less important to the overall test. In other cases the sinusoidal vibration that affects the device you will be testing has an impact on the underlying background random, and should be recognized as an important part of the test procedure. The sine tones which are superimposed on the random profile in a Sine on Random test can be fixed frequency or sweeping depending on the most common in-service experience. If sweeping tones are used they are often narrow frequency sweeps at approximately +/- 5% of the center frequency.

All aircraft, whether fixed wing, rotor or rocket propelled, have a base random energy inherent when in service. In addition there is also a sinusoidal element present that cannot be ignored when testing. The sinusoidal vibration typically comes from the turbine engine or rotor blade and is present at various frequencies. Most of the components in an aircraft will benefit from mixed mode testing. Instruments, connectors, batteries and other common components of aircraft are all subject to both sinusoidal and random vibrations simultaneously, and are subject to failure from these vibrations. For this reason Sine on Random is the best application for testing components in many aerospace applications.

A common and extremely harsh application of Sine on Random testing is the helicopter gunfire test. The helicopter is subject to a common random vibration, but when gunfire is introduced, a very noticeable high g sinusoidal vibration is infused into the environment. Devices that have only been tested using one method or the other may at first appear to be able to withstand this new environment created by gunfire from a helicopter. Since the Sine on Random testing method better represents the real world conditions, this would always be the preferred test procedure. 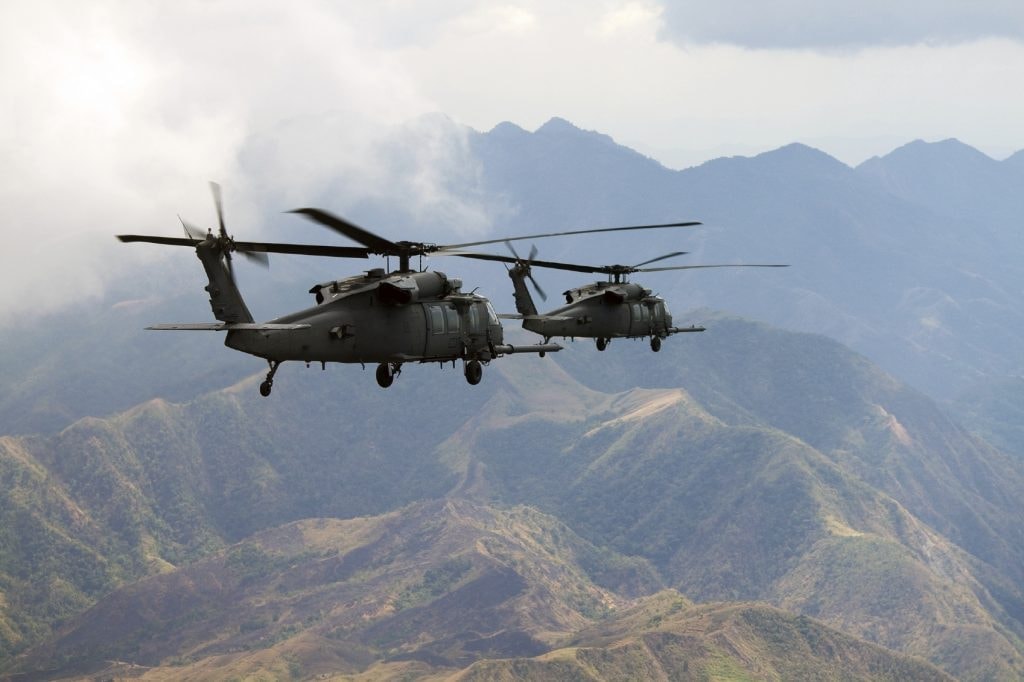 So how do you establish the correct profile to run on your shaker? There are two common methods to consider in establishing your test profile. The first is to run the requirement as spelled out in the MIL-STD-810G specifications. The MIL standards are applicable and easy to use whether the device under test is to be used in a military or civilian application. In addition, many of the test articles are the same, or similar, whether used in a military or civilian environment. The second common method for determining your Sine on Random profile is to record field data, and by using a variety of analysis tools you can establish the test characteristics required to create an applicable test profile. This second method is more complex and the analysis requires substantial tools and skills.