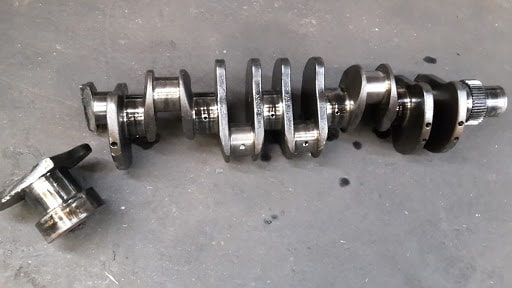 The crankshaft in an internal combustion engine is subject to cyclic, and therefore repetitive, loading. As such, this component is prone to fatigue damage.

Bending fatigue most often causes failure in a crankshaft, but engineers can use fatigue analysis to predict stressors and product life fatigue. An automobile engine, for instance, can withstand many years of service, and the engine crankshaft must be able to as well.

A high-cycle fatigue test is a standard option for engine crankshaft durability testing. The test engineer applies cyclic torsion onto the component for a defined number of cycles or until they identify fatigue damage. The number of stress cycles that occurred before fatigue is designated as the crankshaft’s critical loading condition.

The engineer can then compare the fatigue life from the lab to an industry specification to determine if the component requires adjustments or additional testing. They can also generate an S-N curve with the number of cycles to failure, which helps correlate stress levels and the crankshaft’s fatigue life.

A high-cycle fatigue test excites the resonance of the test rig, which causes the crankshaft section to bend and leads to damage. Test engineers can control this type of test using the SRTD software.

First, they can run a frequency sweep in Sine to automatically identify peak transmissibility. The engineer can then bring the crankshaft to failure by exciting the known resonance with an SRTD test.

In VibrationVIEW, test engineers can track high-Q or sharp resonances with advanced controls that allow the user to zero in on resonances and maintain peak amplitude by way of phase versus transmissibility. 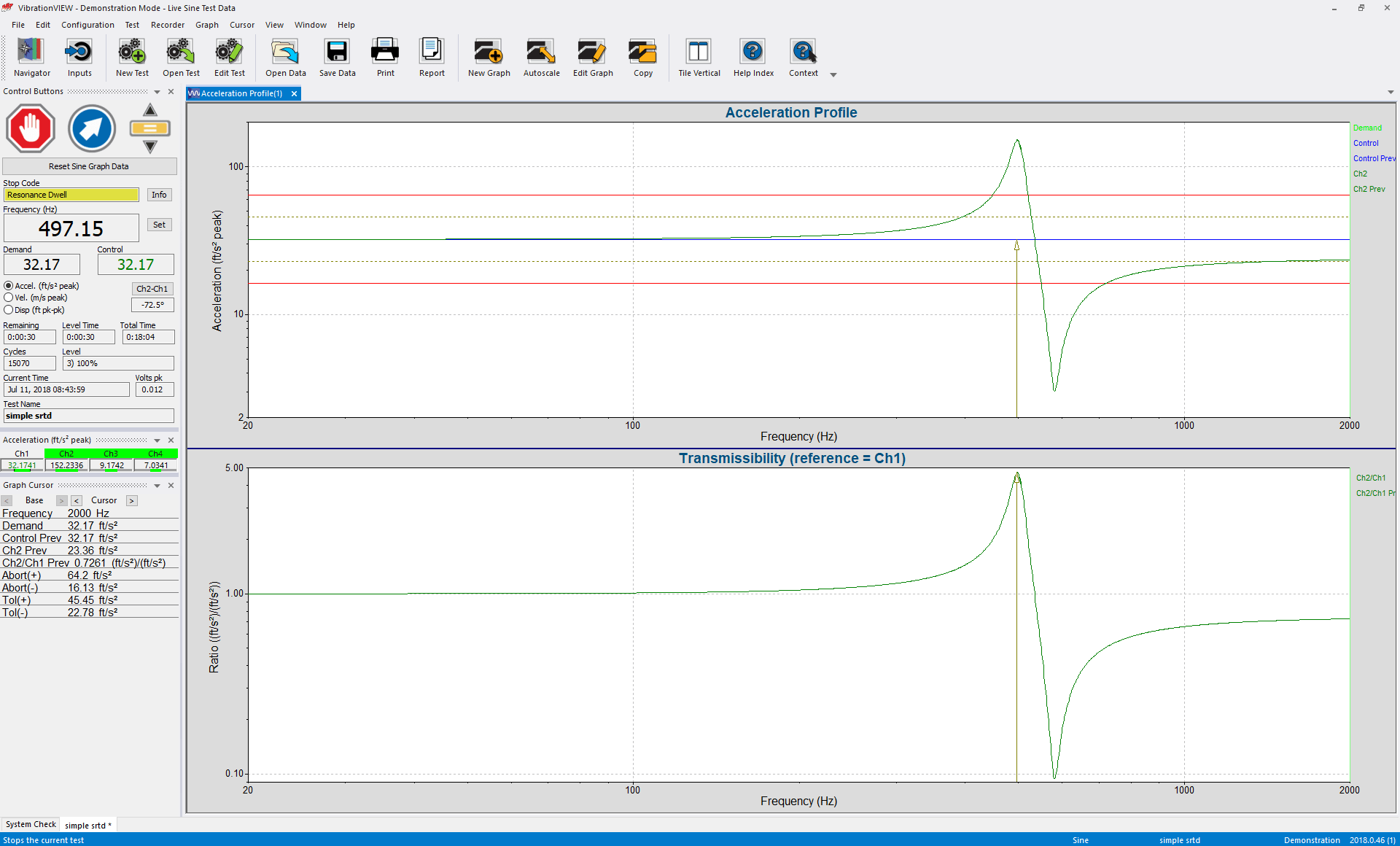 This powerful feature minimizes the need for precise detection during the sine sweep so the user can run a faster sine sweep. Most importantly, it maintains peak transmissibility throughout the tracked dwell portion of the test.

A test engineer must adjust test parameters if a sine sweep test displays oscillations in the presence of high-Q resonances. Sometimes, however, the parameters are fixed and cannot be changed. In such instances, the user can use the Adaptive Feedback option in VibrationVIEW.

Adaptive feedback limits the problems of resonance and provides better control. Most of the test only requires one set of test settings. As the test sweeps through the resonance and begins losing control, the software automatically adjusts the response time and slew rate to more appropriate values.

Failure of a crankshaft is costly both in materials and downtime. The SRTD software can perform fast and accurate sine sweeps and dwell tests. The advanced controls help to automate much of the process for reliable test results. Try the demo version of the software for free today.