Replicate the operational environment of your device by running a vibration test in the three linear directions. The VibrationVIEW software allows 2 to 3 test profiles and 2 to 3 control loops to be performed on the x, y, or z-axis.

For many industries, engineers must expose the DUT to vibration in the three directions simultaneously. Running a vibration test on multiple axes may produce responses or failures that cannot be identified with single-axis testing. Three-axis control ensures that the device can withstand vibration reflective of the end-use environment. Because of such, many test standards have begun to include three-axis vibration testing.

Three-axis testing eliminates the need for remounting the DUT. During a single-axis test, the engineer runs the test profile along one axis at a time. Now, engineers can test products along multiple axes at once. In addition to being time-efficient, multi-axis vibration testing brings products to fatigue faster. A product may pass in a sequential, single-axis test but fail in a more realistic multi-axis test of the same time duration.

Three-axis testing is primarily used for component or sub-system testing. It is accomplished by random vibration testing along each axis using identical or individualized test profiles. The three-axis configuration creates a more realistic test compared to traditional single-axis testing.

The VibrationVIEW software allows 2 to 3 test profiles and 2 to 3 control loops to be performed on the x, y, or z-axis.

Multi-axis control is typically performed with multiple shakers controlling two or three-axis test profiles. One controller is required for each control loop and axis, and each controller’s output drives a separate shaker. In VibrationVIEW, two or three loops can be individually controlled. The same profile or different profiles of the same type can be set for each loop. The phase of the output drive files is synchronized between outputs for Shock and FDR.

Structures and equipment installed in seismically active regions must be designed to protect the operating equipment in the event of an earthquake. With the VR9500/VR10500, the user can perform single/multi-axis earthquake testing that meets test standards using an earthquake test template or user-defined time transient. 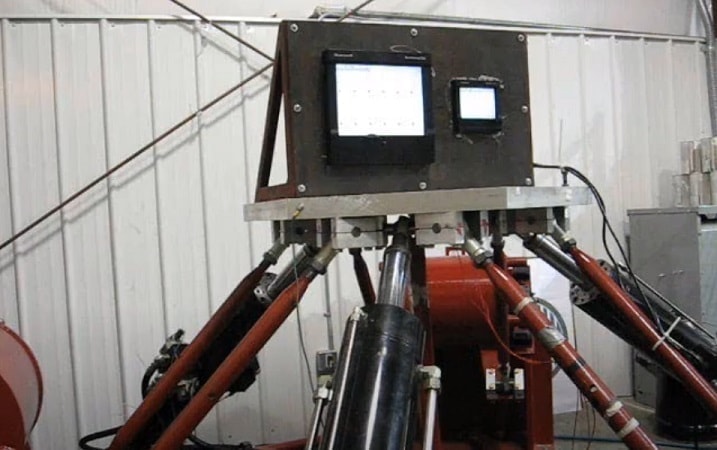