When Should I Use Sine Vibration Testing?

When preparing to run a vibration test, a test engineer must determine what kind of test should be run considering the test goals and specifications. One option is a sine vibration test. A sine wave is the most basic wave, but how is it applied during a vibration test, and what does it accomplish? Let’s discuss:

What is Sine Testing?

A sine vibration test exposes a device under test (DUT) to a single frequency sine tone at a defined amplitude and time. There are several different ways to conduct a sine test. An engineer may run a sine sweep to expose the DUT to a single sine tone with a frequency that is varied across a specified range. Following the sine sweep, the test engineer can determine the resonant frequencies of the DUT. From there, the engineer can expose the DUT to the resonant frequencies until a failure occurs or until a sufficient amount of time is spent at each resonance frequency to ensure a failure will not occur in the real world. 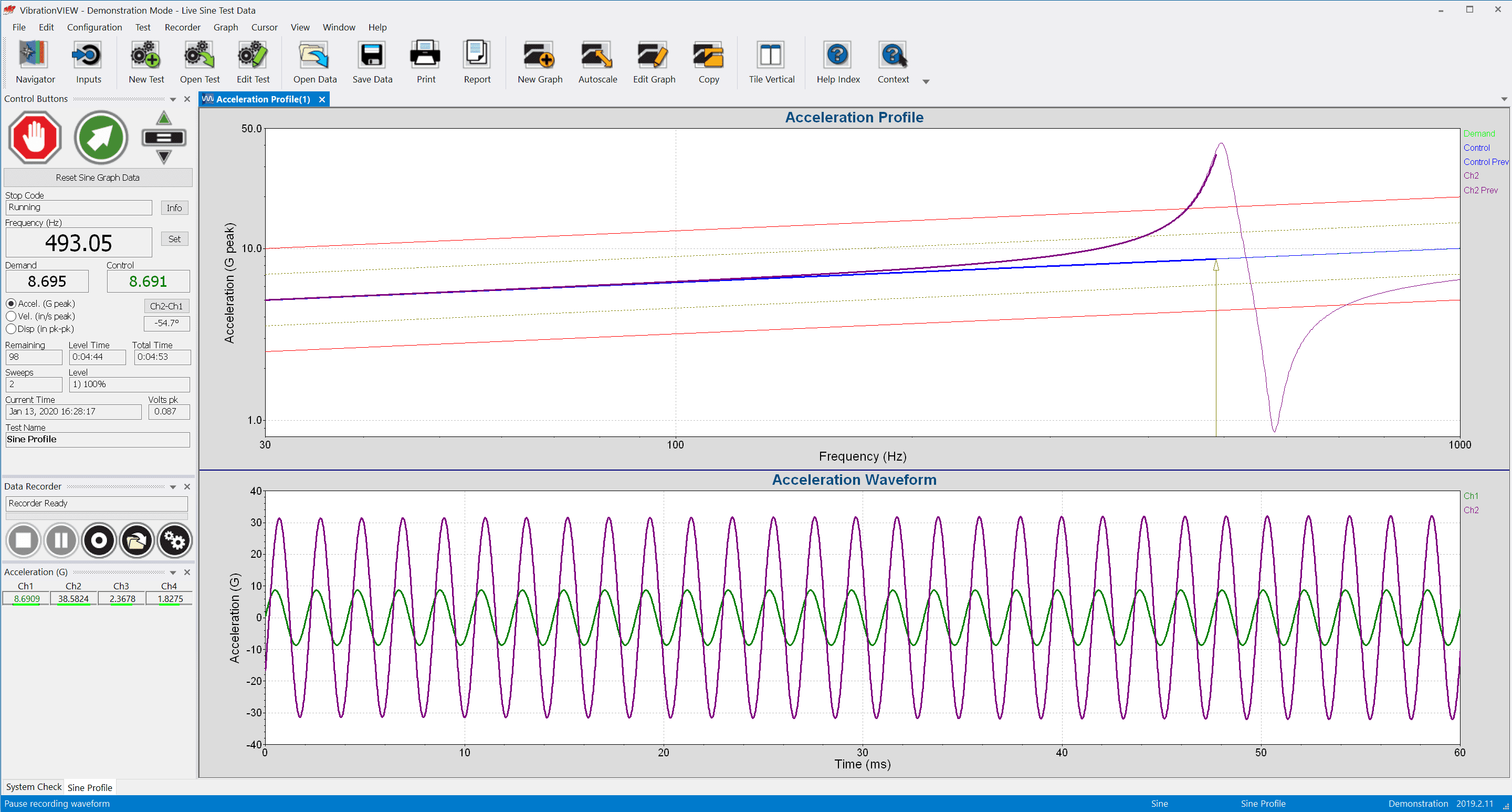 In Figure 2, the drive waveform plot displays a single sine tone applied to a DUT during a sine sweep test. Figure 3 is a plot of the acceleration profile and shows the peak amplitudes at two points on the DUT versus frequency. The control point is the mounting point of the DUT and the response point is the second point on the DUT. 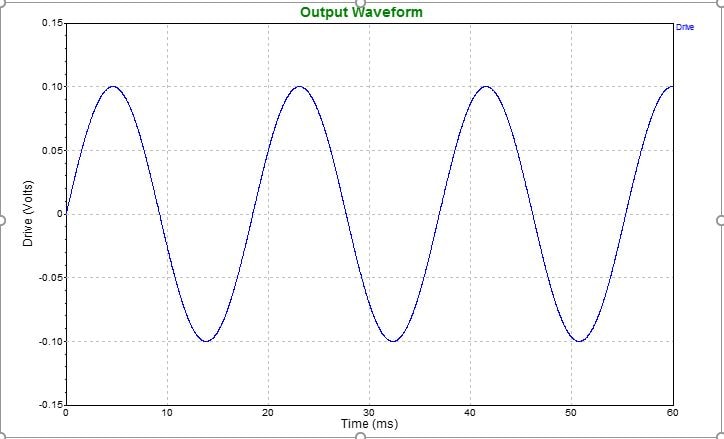 Figure 2. A sine tone that is applied to the DUT 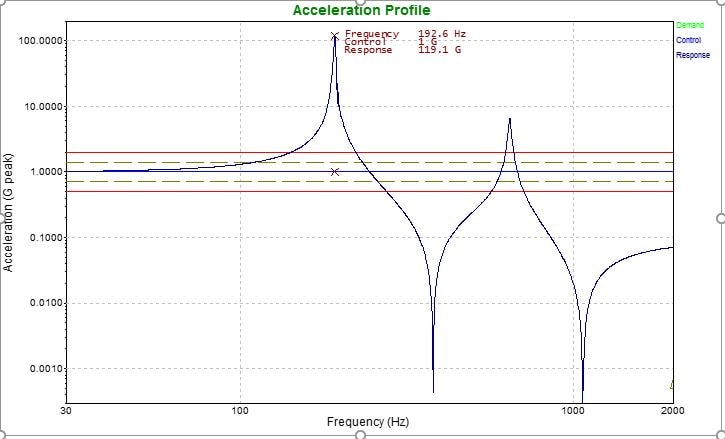 The resonances at the response point are easily identified, which is a primary purpose of a sine test. The amplification factor of resonance is typically what causes a DUT to fail. A test engineer could also design the sine test to dwell at the first large resonance (192.6 Hz) until a failure occurs in the DUT or until sufficient time is spent at the resonance frequency to ensure the DUT will not fail.

The signal driving the shaker is a clean sine tone as shown in Figure 2. The measured signal at the DUT is not always as clean. The measured signal includes harmonics and other mechanical and electrical noise sources. Sine testing requires that the energy is measured and controlled at a single frequency. A tracking filter is also required to remove energy that is not at a single frequency from the measurement.

Why Should I Use a Sine Test?

When Should I Use Sine?