Electric Vehicle Versus Internal Combustion Engine
The team at VR mounted sensors to a Tesla Model 3 and a 2016 BMW 340i xDrive and drove them on the same route to gather acoustic and vibration data. The purpose was to gain a better understanding of the differences in NVH of the vehicle types.

Prior to the test drives, triaxial sensors were glued to the components’ surfaces, and the sensor configurations, including serial number, sensitivity, and orientation, were recorded. Additionally, data from the sensors were analyzed to ensure that there was no issue with a sensor or a cable.

When the engineers mounted an accelerometer to the Tesla’s 12V battery bracket, they noticed a significant amount of noise on the sensor compared to the others. They hypothesize that the noise was electrical noise from the battery.

The test engineers compared the background noise of each vehicle powered on and off. The Tesla powered on produced more noise than when powered off. Compared to the Tesla, the difference in dB when the BMW was on versus off was significant.

The engineers also found that the Tesla windshield displayed a hashiness in the time waveform. They conjectured that when the AC unit was powered on, its frequency may have resonated with the windshield.

A circuit was pre-planned to ensure that a variety of road surfaces were traversed, and the data were collected at different speeds. On a smooth road surface, the Tesla displayed louder interior noise, but the frequency content of the audio in both vehicles was similar.

On a rough road surface at greater speeds, the Tesla strut had more displacement than the BMW’s. It also had significantly higher accumulated fatigue damage.

Both sections of the rough road surface showed that the Tesla strut did not absorb vibration as well as the BMW, but the other components had comparable vibrations.

The ObserVR1000 is a portable data acquisition system that also functions as a vibration controller. There are a few items to keep in mind when setting up this DAQ system for recording. To make it easy, we’ve compiled a checklist to review before you begin. 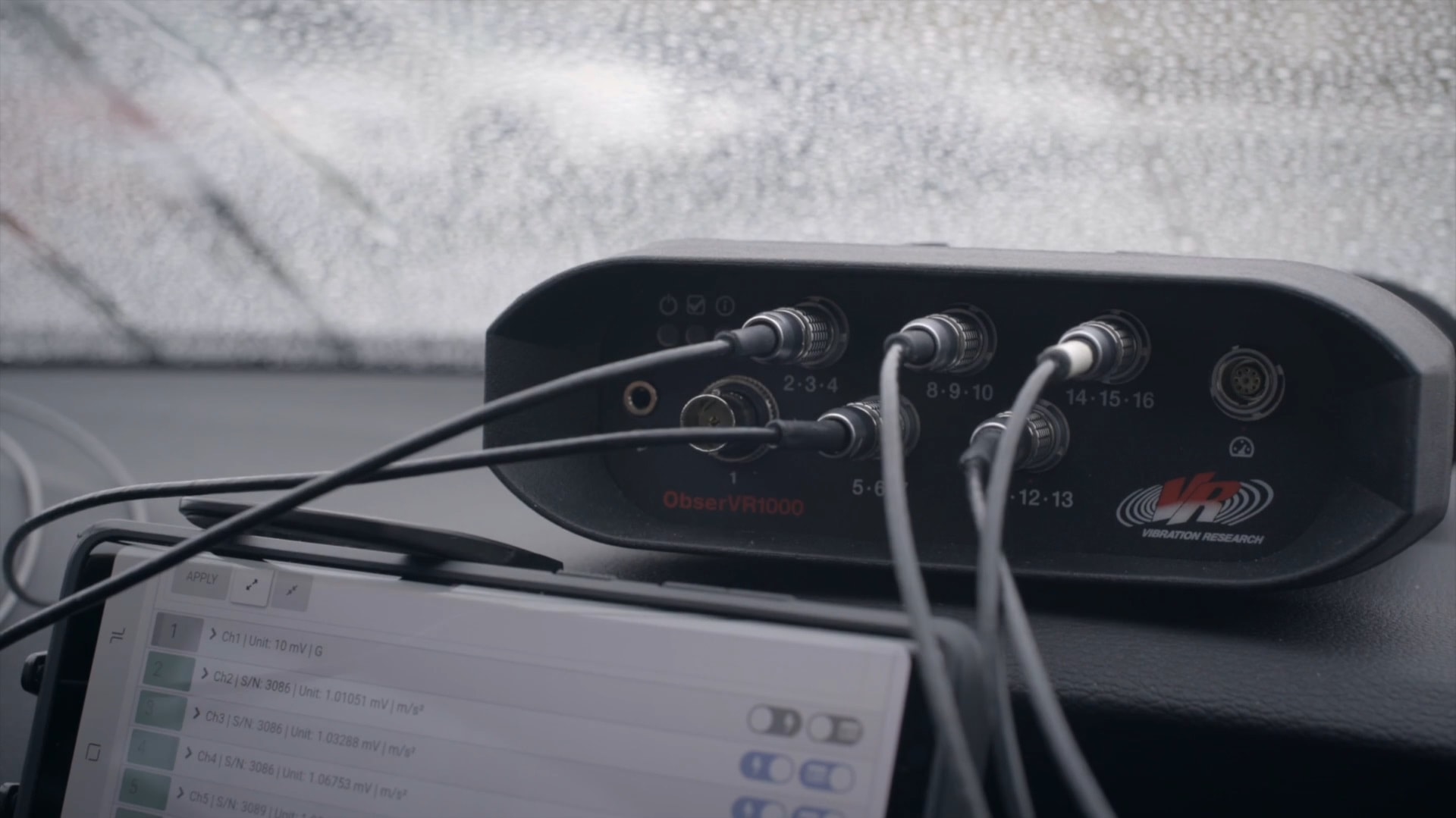