What is a Vibration Controller?

In a vibration testing system, the vibration controller, directed by software on a PC, interacts with a power amplifier, shaker, and one or more transducers to implement a vibration test for a DUT (device under test). See Figure 1.

A test engineer uses the vibration control software to enter the frequency, amplitude, and time elements of a test; frequently these elements are defined by an industry standard. (See standards list.) Based on the engineer’s input, the software sends commands expressing the test to the vibration controller, which has the intelligence to implement math algorithms, create a drive signal for the test, and then be able to read and respond to an input signal (more on this later) from the transducer.

The drive signal from the controller to the amplifier is a very simple analog signal, expressing the amplitude and frequency of the vibration test in terms of a rapidly varying voltage. That signal is amplified by a power amplifier to drive the shaker, which transforms the varying voltage signal into a physical movement that vibrates the shaker head and the attached DUT. A shaker is, essentially, an expensive, but poor quality, sound system speaker. (See Playing Music on a Vibration Shaker.) 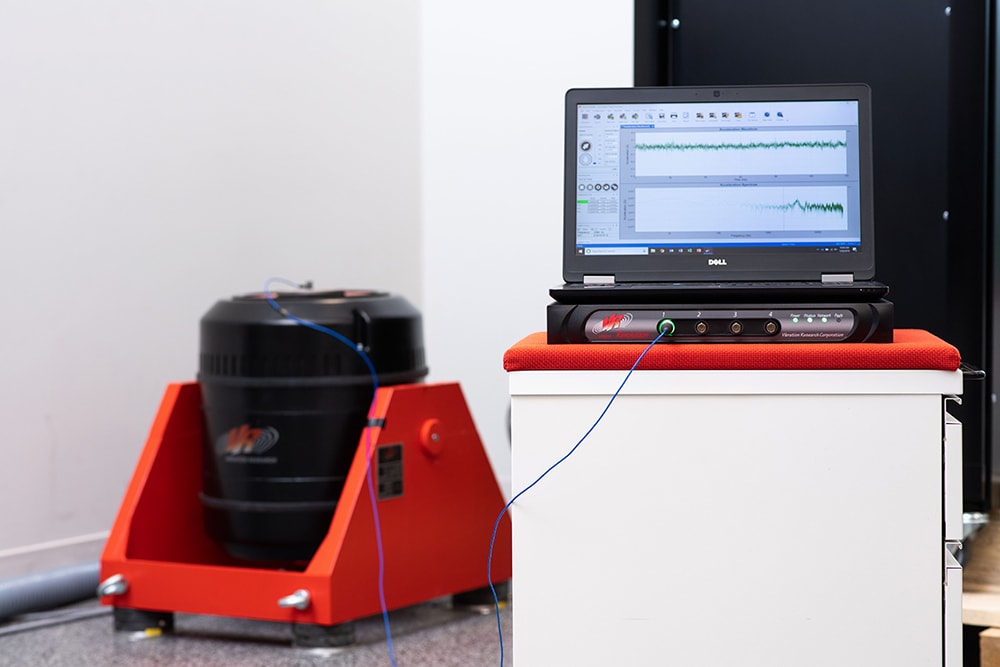 This closed-loop operation continues for the duration of the test.

The vibration controller, amp, shaker, and transducers are all interchangeable pieces of technology. This is not surprising, as the analog signals moving through the closed-loop are very simple, much less complicated than the signals used by a universal remote control for a TV.

The vibration control software and the vibration controller are mutually dependent and can be thought of as a single unit. In a VR system, any PC can be used to run the VibrationVIEW software, because the license key is carried in the controller; in fact, PCs can be, and often are, swapped in and out without affecting the system.

For some vibration control vendors, the software is licensed to a specific PC. In this case, the operation of the closed-loop testing system is the same, but PCs cannot be swapped in and out.