Rube Goldberg cartoons “If the Soap Falls Out of the Bathtub, Try This …” and “Foolish Questions,” on page 10 of the Duluth Herald, November 18, 1921.

To illustrate the Triggering settings in the ObserVIEW software, we devised a clever Rube Goldbergesque rocket launch. While we were planning on launching a rocket for the purpose of collecting data, we also decided to devise a special trigger sequence to illustrate the ObserVR1000’s triggering capabilities. 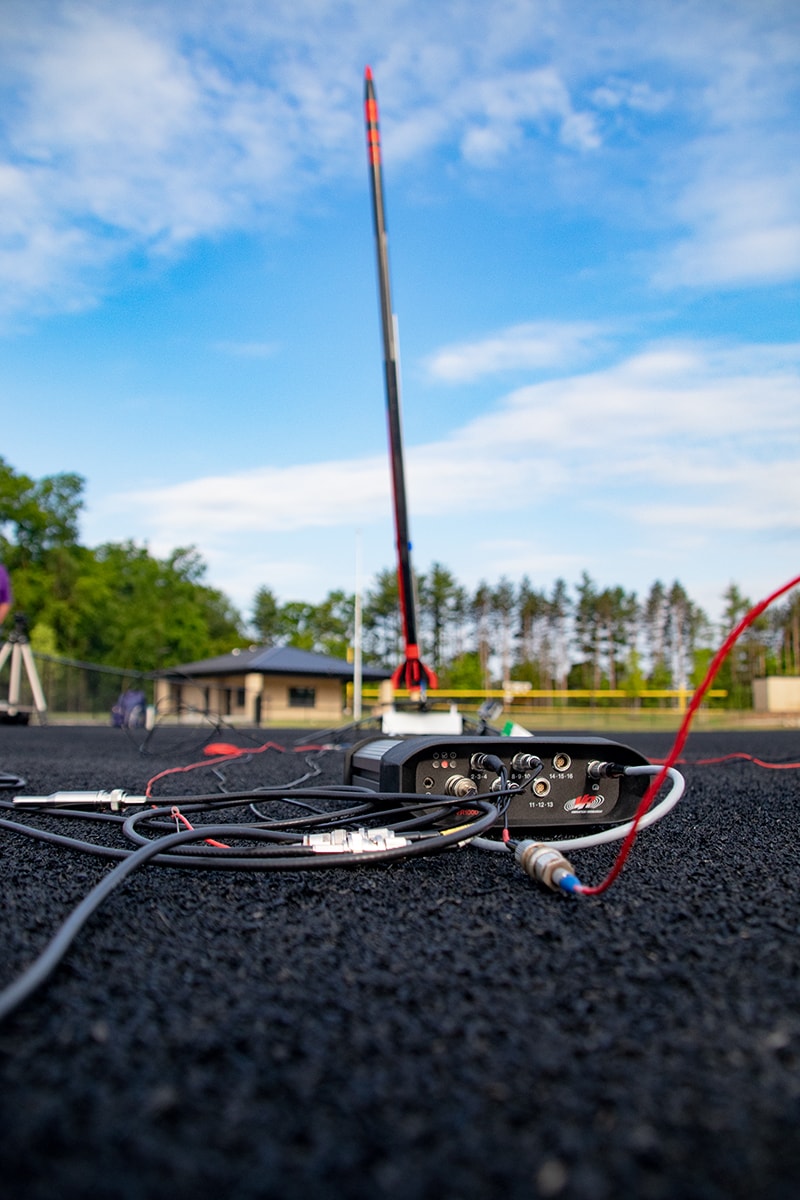 Figure 1. “Rocketman” is ready for launch. It is tilted at a slight launch angle to compensate for the wind. 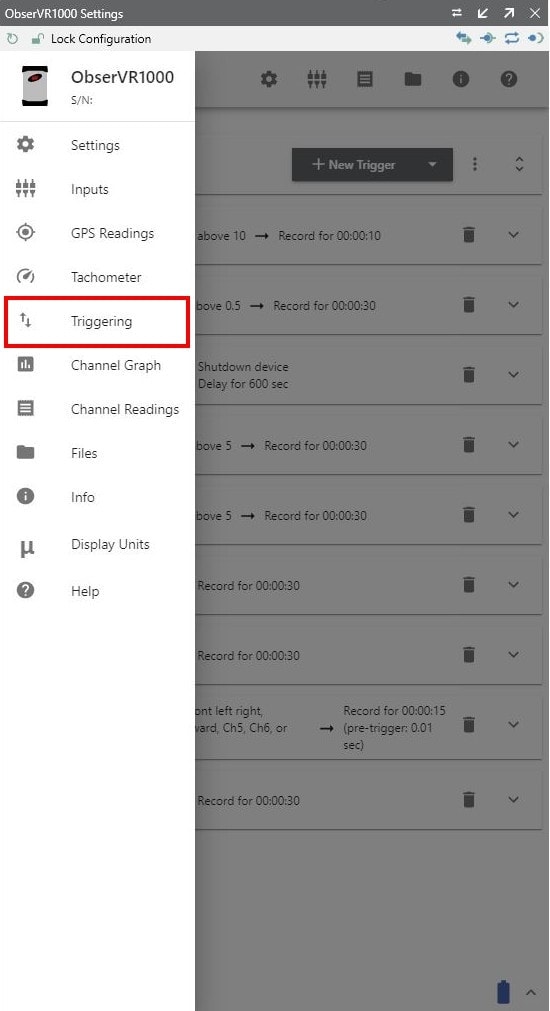 You can add a triggering event(s) when recording data in an ObserVIEW session running the VR Mobile application.

To trigger the rocket’s launch, we designed a sequence of events and actions. 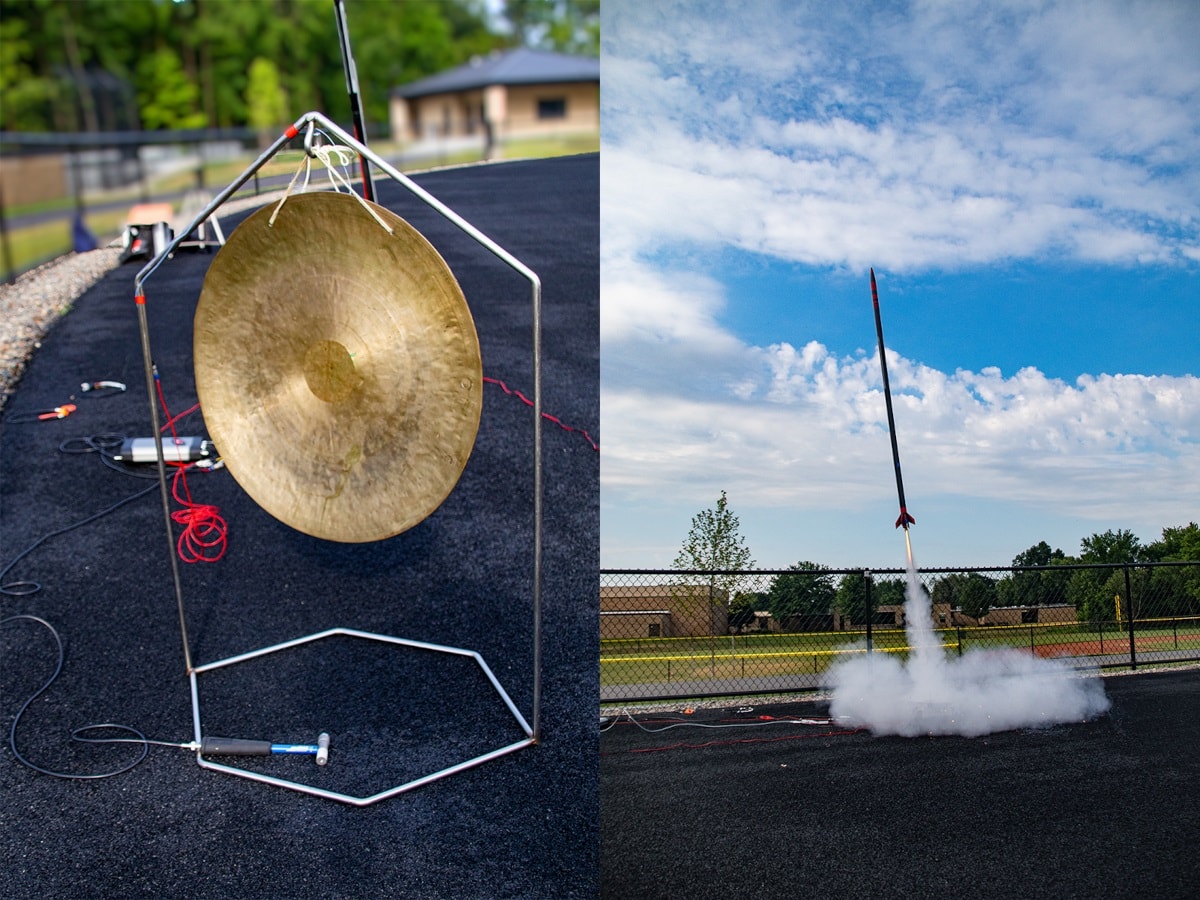 Figure 3. The triggering sequence. An individual hit a gong with a modal hammer, the ObserVR1000’s digital output tripped the relay, and the electrical circuit was completed, igniting the fuse of the rocket propellant engine.

We conducted several launches to collect vibration data and test the ObserVR1000 triggering options. The following is a report on two of the launches for comparative purposes. 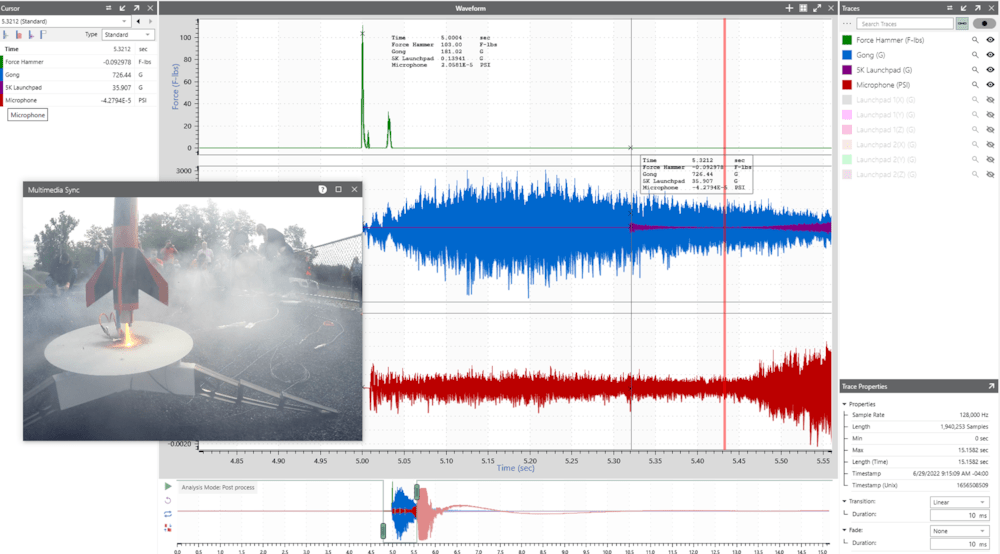 0.32 sec after exceeding the 60F-lbs event criterion, the ignition of the rocket began with a force of 32.9G on the launch pad (Figure 5). 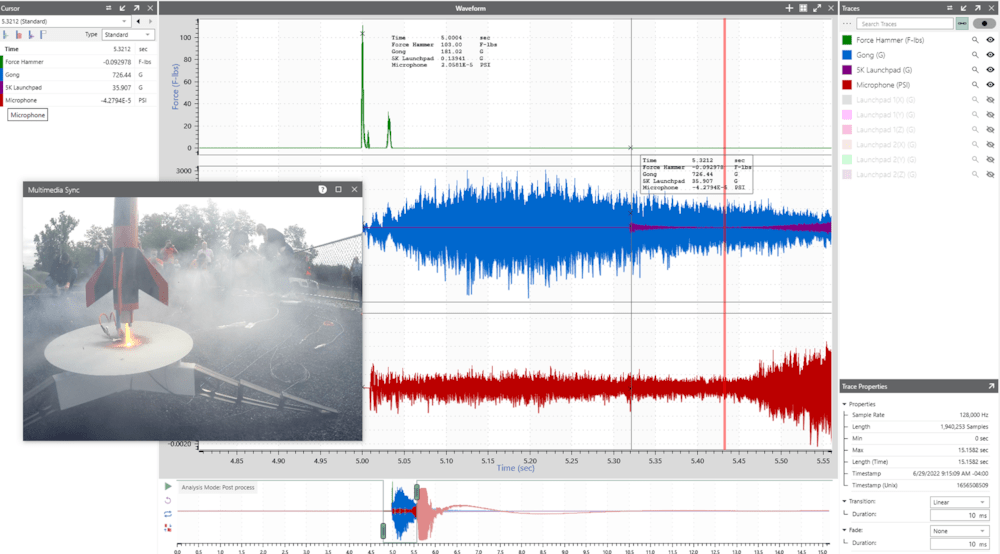 0.63 sec after exceeding the 60F-lbs event criterion, we observed the maximum launch forces of 763G (Figure 6). 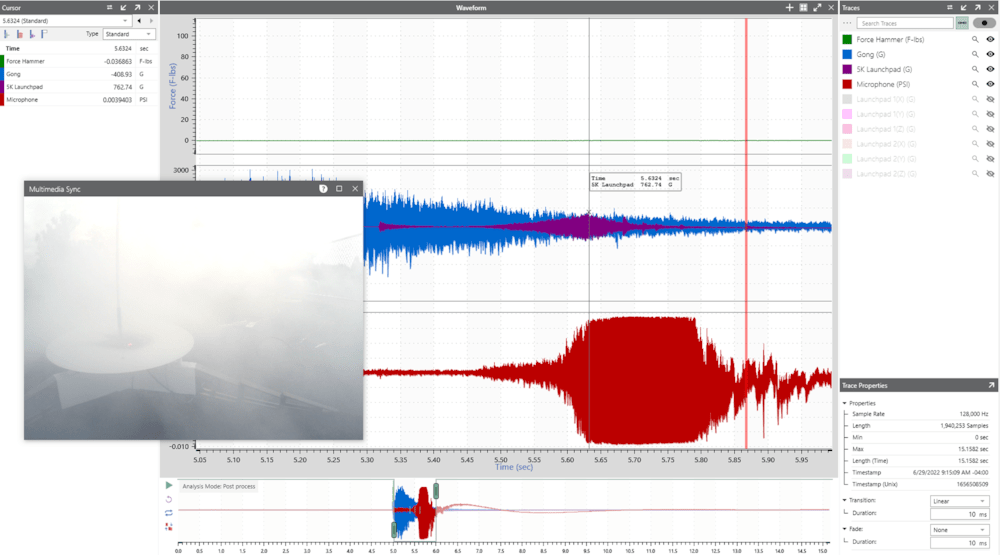 The first hit of the gong with a modal hammer only recorded 45.2F-lbs, which was not sufficient force to trigger the event sequence (Figure 7). 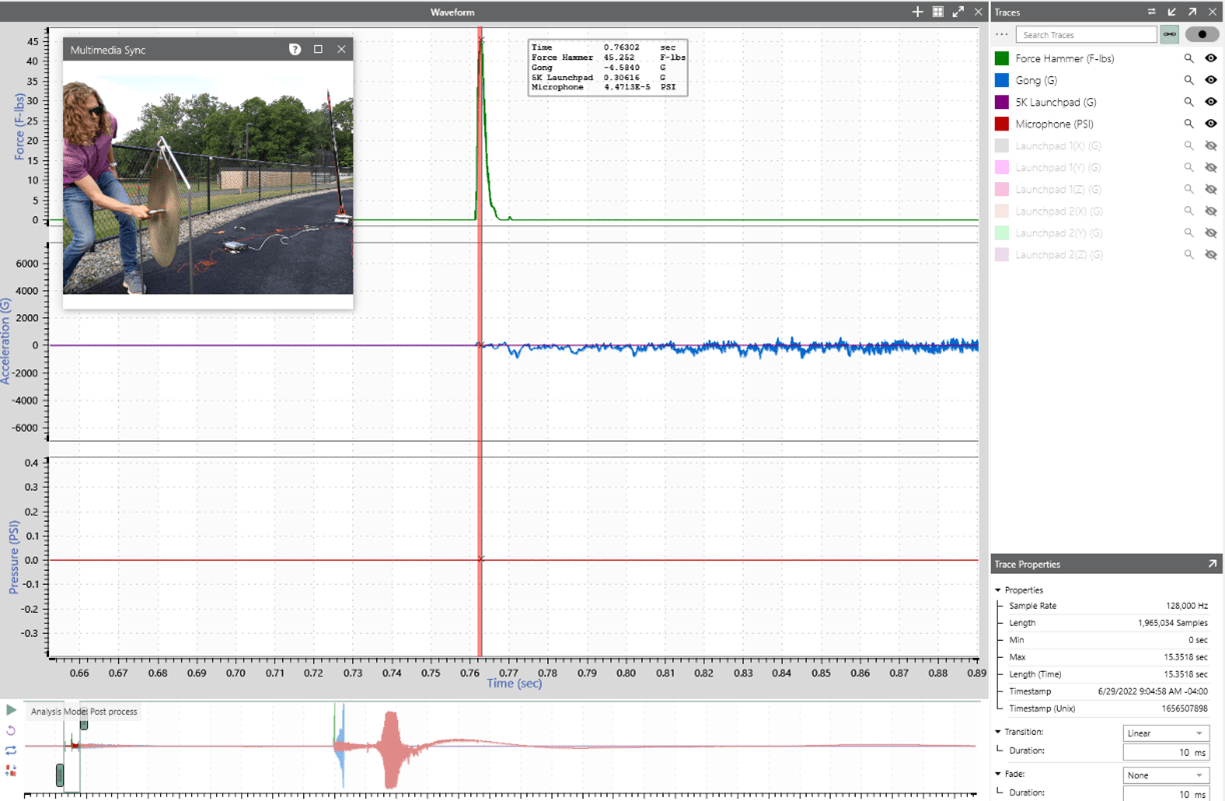 The second hit of the gong with a modal hammer recorded 154.7F-lbs, which was plenty sufficient to trigger the event sequence (Figure 8). 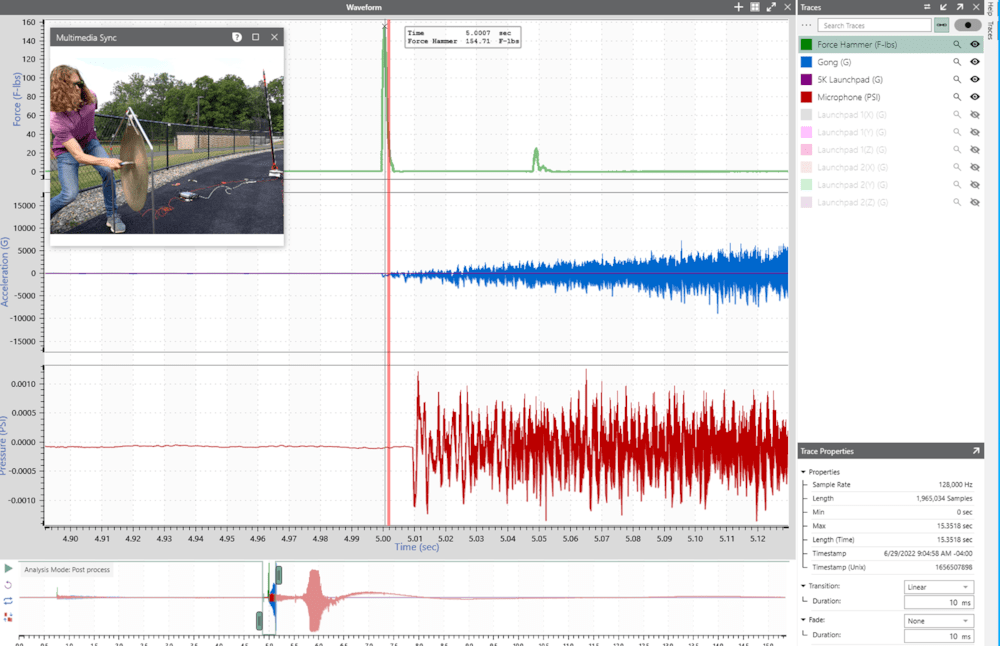 The ignition of the rocket propellant engine was 25.8G on the launch pad (Figure 9). 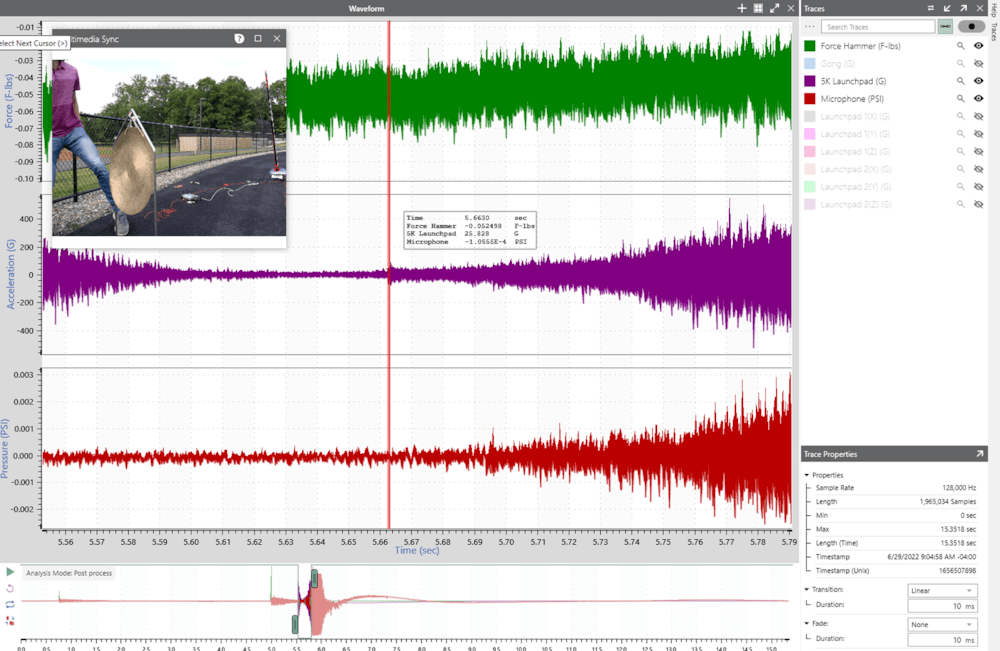 We witnessed the maximum launch forces on the launch pad at 905.7G (Figure 10). 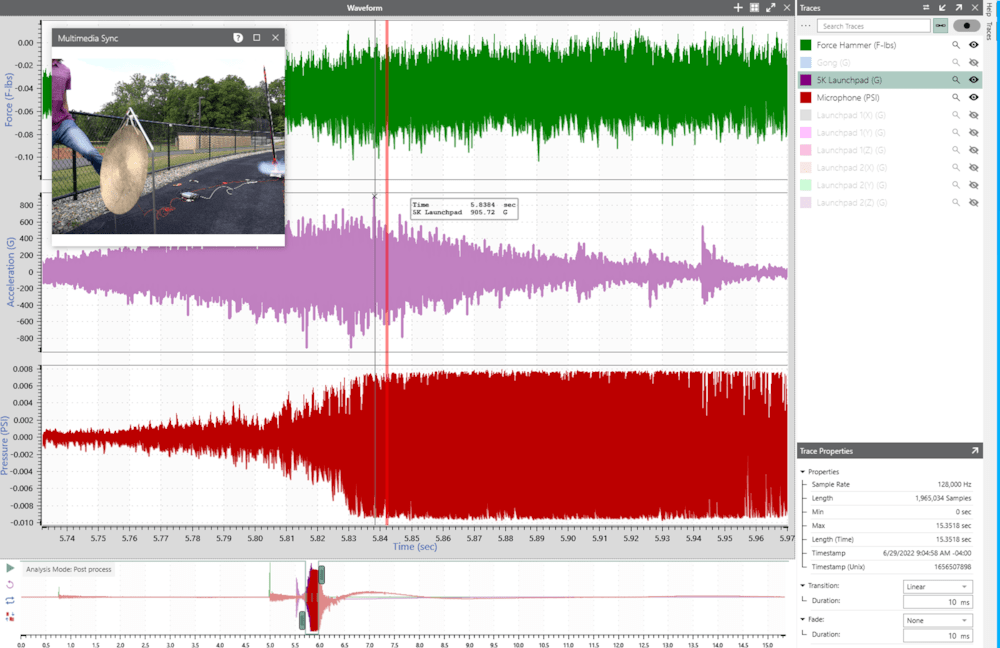