The GMW14201 specification from General Motors Corporation is a rotational vibration measurement test performed on the inside and outside of rearview mirrors. It measures the rotational response of a mirror when subjected to vertical input vibration.

Accelerometers are placed on the reflective surface of an inside or outside rearview mirror in a triangular pattern. The test engineers then mount the mirror to a rigid fixture mounted to the head of a shaker. The shaker uses the random vibration profile specified by GMW14201 to shake the mirror vertically. 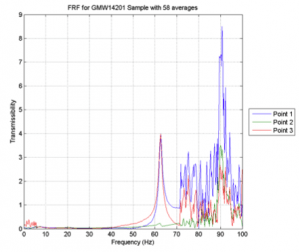 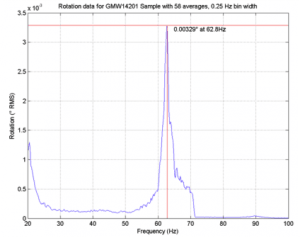 VR recommends the following software and hardware for conducting the GMW14201 specification. 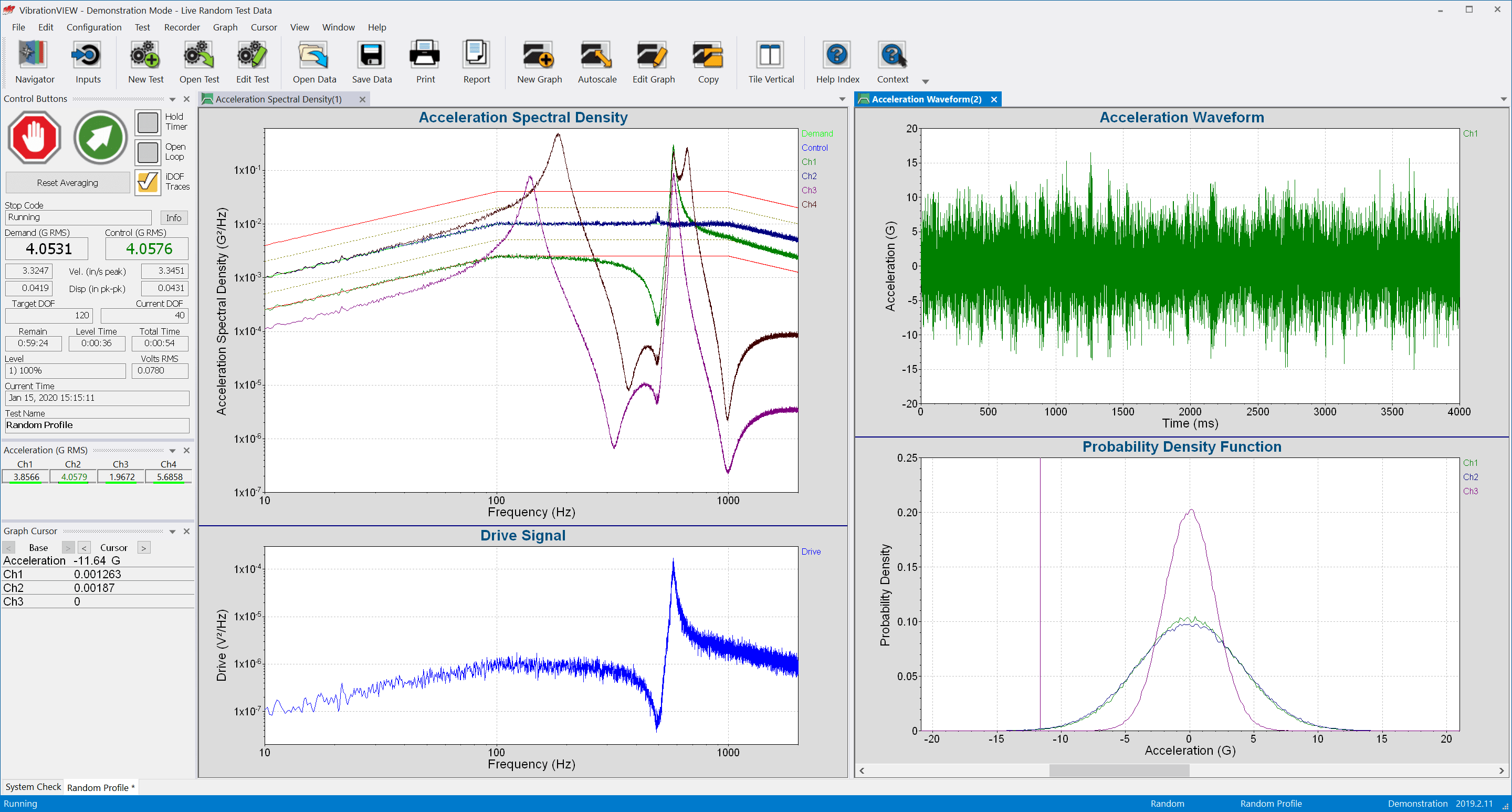 A random vibration test is a realistic method of bringing a product to failure. A random test excites all frequencies in a defined spectrum at any given time. By exciting all the resonances of the device under test, engineers can determine the interaction between multiple resonances.

With up to 26,000 lines of control, the VibrationVIEW Random test module provides the highest possible control in an easy-to-use format. Analyze random data with a comprehensive suite of graph display options or generate a test from recorded data with our advanced test development options.

With RecorderVIEW, there’s no need to buy extra equipment to collect data. The VR9500 and VR10500 controller hardware can connect to a notebook PC and function as a portable data acquisition system. Record field acceleration measurements directly to the PC’s hard drive. Plus, access all the features of the VR9500/VR10500 including a low noise floor, 24-bit resolution inputs, built-in accelerometer constant current supply, TEDS transducer interface, and a unique DC offset that allows a measurement to true DC with constant current type accelerometers.