There are several modules in the Vibration Research software with the purpose of test development, specifically Fatigue Damage Spectrum (FDS), Shock Response Spectrum (SRS), and Sine Tone Acceleration and Generation (STAG). A user-defined test can be designed to meet specific requirements. Test development allows engineers to fine-tune a test for the most accurate results.

Sinusoidal and random vibrations often take place at the same time. A Sine on Random (SoR) test is reflective of this real-world occurrence. Developing a SoR test is important for environments with dominant sinusoidal energy mixed with the broadband random in the real world. Engines, transmissions, gearboxes, electric motors, pumps, bearings, driveshafts and many other environments can have these characteristics. Components mounted in and around these environments need to be appropriately tested. 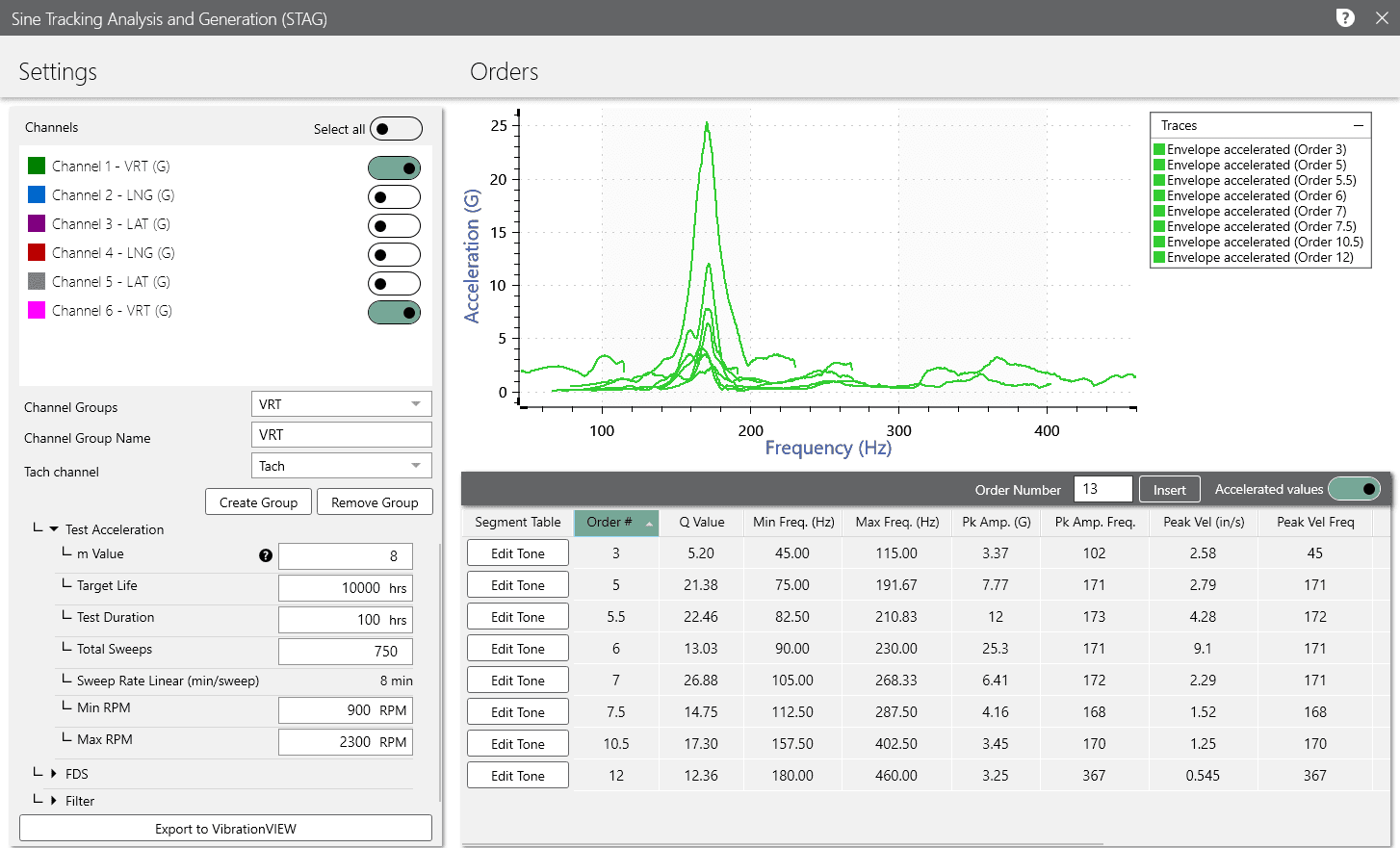 Sinusoidal vibration constantly drives a frequency at a particular amplitude. With a random test, the frequency will only be randomly excited at random amplitudes. Therefore, a combination of a sine and a random test may be needed. As mentioned previously, FDS is an accepted method for creating a random test. However, FDS does not processes sinusoidal content without fault.

Vibration Research developed the Sine Tracking Analysis and Generation (STAG) to track, accelerate, and generate the Sine Test portion of the SoR test needed to duplicate these environments on a shaker. The STAG test development procedure uses a combination of order analysis, order extraction, sine tone profile creation, and sine tone profile acceleration to isolate, extract, and create an accelerated sine profile or series of sine profiles from a recording. The remaining random content is analyzed with FDS. The combination of sine and random tests allows for the analysis, acceleration, and generation of a test representative of the real-world environments with dominant sinusoidal components.

Download a demo of the STAG software module and/or learn how to create a STAG test in ObserVIEW and VibrationVIEW.